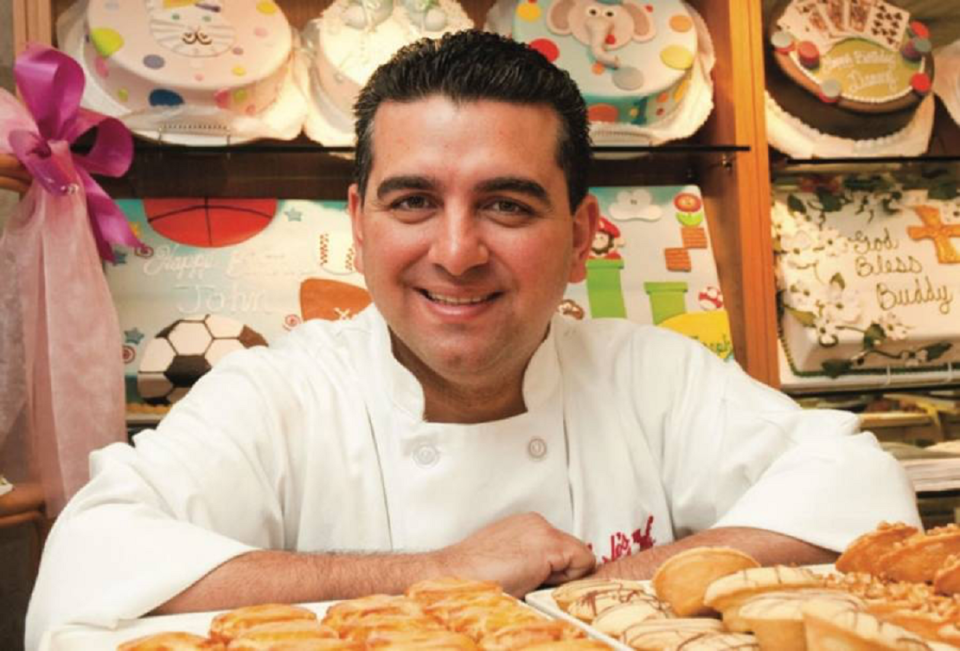 On this show, Buddy Valastro hits the road to help some family-run struggling bakeries. Through Season 1 and Season 2 of the Bakery Boss, Buddy Valastro turns lackluster storefronts into eye candy, bringing his chef hat and restaurant quality zhuzh to boring menus by cooking up some family sit downs in order to convert these family-run shops into dough-making machines. Here are some other details about things about the show that might interest you.

The Cake Boss of America, Buddy Valastro has a great show called Cake Boss. On TLC, he has another show called Bakery Boss where the reality show chef visits failing bakeries to revive previously healthy businesses.

To keep the show entertaining and make sure people tune in, Buddy Valastro offers his inputs by creating a new menu or updating the décor, so that they can transform their fortunes.

3. What Is The Pilot Episode of Bakery Boss?

On the first episode of season 1 of Bakery Boss, a family-owned main street bakery in Frankfort, N.Y., risk the possibility of closing after more than 50 years unless they can quickly work on updating their equipment and implement a new retail plan backed by the Cake Boss of America, Buddy Valastro.

In the pilot episode, we see that the bakeshop used to have an array of pastries and cakes on the menu, but now the majority of any small revenue comes from bread-making, and it isn’t the type of bread making that is used in the metaphorical scene, it’s literally just bread.

So since the family-run shops want to pass the business down into the 4th generation, Buddy will do all he can to bring business in, the only problem being that the younger employees may or may not match the dedication of their seniors,

The future is bleak but will the elders learn to accept criticism of their produce and working practices? This is what the first episode covers.

4. When Did Bakery Boss Premier?

It was in the year 2013 that Cake Boss added being a “fixer” to his credits. Indeed the chef is now a renovator as viewers will see Valastro update Violet’s Bake Shop in Fresh Meadows. N.Y.

The chef was none other than Buddy Valastro, the New Jersey boss of TLC’s Cake Boss who stepped into another TV show in 2013 to become one amongst the latest in a trend of “fix-it” TV series, that includes On the Rocks, Spike’s Bar Rescue, Food Network’s Restaurant: Impossible, Travel Channel’s Hotel Impossible, Bravo’s Tabatha’s Salon Takeover, and National Geographic’s Church Rescue. While such shows were popular in 2013, today we can still try to eat at some of the success stories of some bakeries. Some of the failing bakeries that premiered in Bakery Boss were Friendly Bake Shop in Frankfort, N.Y. and Violet’s Bake Shop in Fresh Meadows. N.Y.

During the year 2013, Bakery Boss competed with the forerunner which was Ramsay’s Kitchen Nightmares, a British show that Fox had adapted for U.S. audiences, which ran from 2004-09 in the U.K.

When asked why he needed to start the show in 2013 despite Cake Boss and Next Great Baker series already on TLC, he said: “I feel like I’m established enough as far as who I am in the industry where people are going to respect what I say”.

5. Buddy Valastro Was A Buddy On The Show, Not A Miracle Worker:

“I lay it out there, but I don’t have the magic pill,” the baker says. “They still have to continue to work hard and it’s inevitably going to be up to them.”

While the chef is there in the middle, the contestants actually realize that he is there to help but then the task also has to have an end, where the show reveals the restaurant and reveals a new menu and a plan for them to be successful.

And at first, for many of the bakery owners being helped, participating might not be such an easy thing to swallow. “Nobody wants somebody else to come in and tell them what they are doing wrong,” Valastro says.

But business owners eventually realize that “I’m there to assess what the problem with the bakery is.” Valastro adds that they might not want to hear the bitter truth, “But I have to show them. I have to make them see it. And then, if they’re willing to change, hopefully things will get better.”

While the chef says his crew spends about a week and a half on the ground at each struggling bakery — Valastro says he spends four or five days on site.

In Season 1 of Bakery Boss, the chef made new relationships and stayed in contact with the families featured on the show, as he said: “I feel emotionally connected,” the master baker says. “One thing I said to them every time I did the reveal is, ‘I’m not gonna cry. I’m not gonna cry.’ Once they start crying and they hug you, it’s like an instant reaction.”