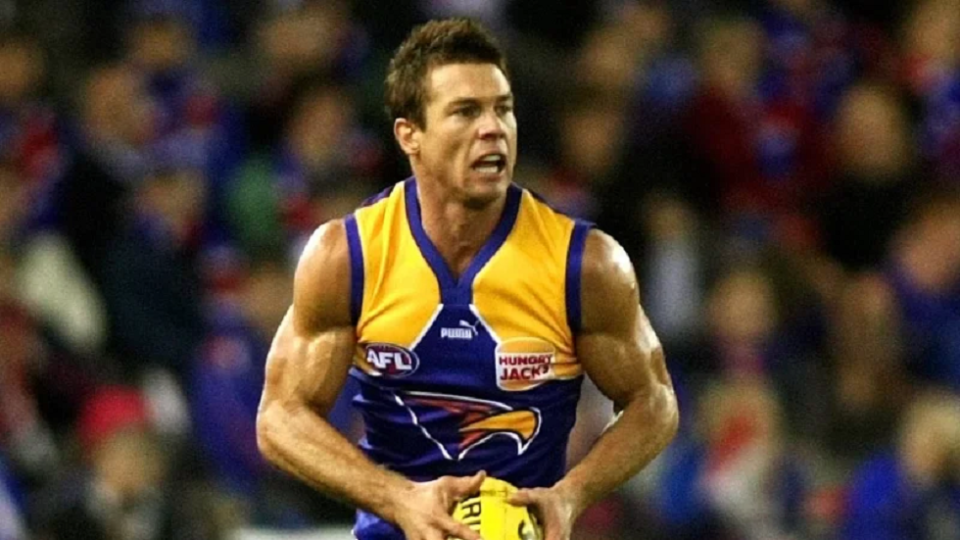 Former AFL star Ben Cousins, who had a massive fall from grace because of his repeated brushes with the law, made a comeback to the football field after a gap of 10 years and looked to be in great shape. Will we see a mini redemption story for the notorious Ben Cousins? Will the former premiership winning captain for the West Coast Eagles be able to put his career on track after a gap of 10 years? Only time will tell. In this post, we will take a look at the things that pushed him over the edge and out of football at a very young age. Let’s get started.

Ben Cousins: From Fame to Notoriety

Ben Cousins’ constant trouble with the law eventually ended up being too much to take for his girlfriend of 13 years, Samanth Druce. The couple broke up early in 2007 and soon after that the West Coast Eagles suspended him indefinitely when he missed a couple of training sessions. West Coast club chairman Dalton Gooding stated at a press conference that Cousins was facing a “number of personal and professional issues” and that “Over the past few weeks those issues have come to the surface and it’s time that Ben was suspended from the club to go away and try to tackle those issues head on.” He went on to add: “We always said we would suspend players if they reoffended and Ben has reoffended by missing training, and we have been very consistent with that … We believe he’s breached his contract and acted unprofessionally and that’s why he’s been suspended and that’s why we’re giving him every opportunity to fix up his personal and private issues.”

After some time, it was also revealed that Ben Cousins failed an AFL drug test and was diagnosed as suffering from substance abuse issues. He checked into a rehab facility on March 21st, 2007. A day after that, his father Bryan Cousins released a statement via video:

“I am making this statement today not on behalf of Ben, but as a father on behalf of his son… Ben’s problem relates to substance abuse and he faces a great challenge… We acknowledge the public scrutiny that comes with the opportunities and privileges that Ben has had, but I ask now with the issues that Ben faces, that my son be given the privacy and the opportunity that he needs to deal with this problem… Ben, you are not alone with this challenge. Your family, your friends, your fans and your footy club want you to overcome this issue and win in the same manner in which you have done throughout your whole career.”

Ben Cousins flew to Malibu, California, to start his drug rehabilitation process at the famous Summit Center. After spending four weeks in rehab, Cousins came back to Australia at the end of April. Within a few days of arriving in Australia, Ben Cousins released an apology video in which he said:

“As you are aware, I have been at an overseas rehabilitation centre for the past month undergoing treatment for a number of personal issues, including illness as the result of substance use… I apologise to the West Coast Eagles Football Club, sponsors, the AFL and the community for my actions… I know that in order to play football again I will have to be accepted back by the players and staff of the West Coast Eagles and the AFL, and I’m willing to fulfil any obligations imposed on me. At the present time I don’t know when I’ll play again. My priority is to regain my health, my life and my standing.”

Retirement from the AFL and more legal troubles

When Ben Cousins retired from the AFL, his already tumultuous life became even more topsy turvy. He tried to land a mining job but couldn’t even keep that. Ben Cousins’ father said that his son’s life was in turmoil and he was unable to get stuff in order. There was some silver lining to these tumultuous times when he had his first child with his partner Maylea Elizabeth Tinecheff. The couple named their son Bobby Ernest Cousins.

The trouble with drugs continued and he was reportedly unable to stay clean for anything longer than three months. In an unfortunate accident at a rehab centre, he fell in the shower and injured his neck in the process. He had to be hospitalized because of that. Reports had also come out that Ben Cousins had been on a massive eight day drug binge which eventually led to a four day episode of drug induced psychosis. He had to be admitted to a suburban mental health facility under police protection at the end of the long drawn event.

Ben Cousins hits the bottom and goes to jail

The way Ben Cousins had been going throughout his life, it was only a matter of time before his acts landed him in jail. In February 2017, Ben Cousins was arrested from Perth’s Melville neighbourhood under the charges of a number of offences related to drugs, violence and stalking, including seven counts of breaching a violence restraining order. In the ensuing trial next month at the Magistrates Court of Western Australia, Cousins was convicted of 11 different charges and sentenced to a year in prison. Ben Cousins was shipped off to Acacia Prison for serving his sentence. His time in the prison was also marred with trouble as he ended up being attacked by an inmate after some issue with a teacup. Even though Ben Cousins was eligible for parole after six months, he was denied the application because he failed a drug test and he was asked to undergo further rehab. He was released from prison a few months before his sentence was up and was asked to perform some community service in the West Coast Eagles’ community and game development department. He walked out of that job as well. A few months later, he was arrested once again. This time on some serious charges like drug possession, making threats and breaking a violence restraining order.