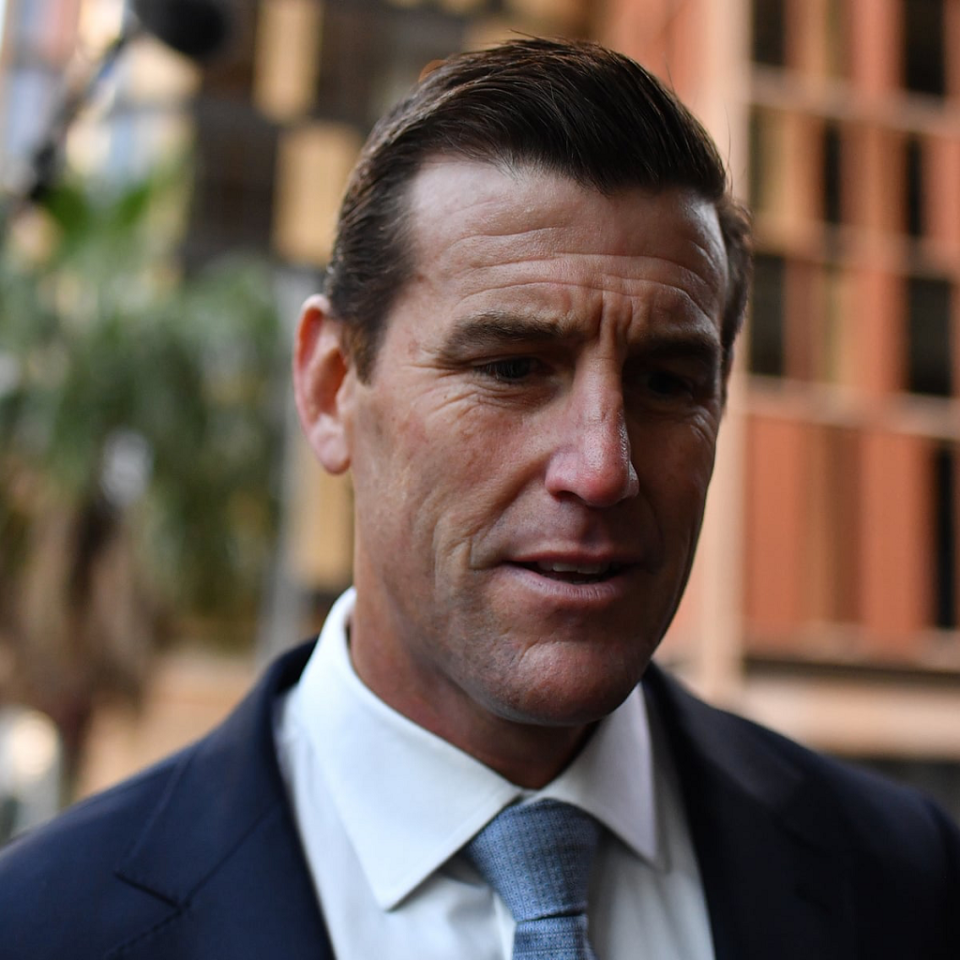 Ben Roberts Smith, Australia’s most decorated Afghanistan veteran, may have found a new mission –  the defamation trial. The veteran is suing Nine Entertainment Co following a series of newspaper articles in the Age, Sydney Morning Herald and the Canberra Times that brought into question his conduct while serving in Afghanistan.

Benjamin “Ben” Roberts Smith is a highly decorated Australian soldier. Corporal Roberts-Smith is one of four recipients of the Victoria Cross for Australia and has also been awarded the Medal for Gallantry, making him Australia’s most decorated citizen.

1. He was born in Australia:

Ben Roberts Smith was born on 1st November 1978 in Perth in the state of Western Australia.

2. He comes from an Army family:

He is the son of Major General Len Roberts-Smith, who has been a Supreme Court Justice in the state and heads the Western Australia Corruption and Crime Commission.

Ben Roberts Smith’s parents made a public statement following their son’s high-stakes defamation trial, saying: “We are very proud of him for the father and son that he is, “We love and care for him like every parent loves and cares for their child.”

Ben Roberts Smith joined the Australian Army in 1996. He originally served as an infantryman in the 3rd Battalion, Royal Australian Regiment. In 1999, he participated in INTERFET, which was sent to East Timor to stabilize the situation there pending a UN force.

Corporal Roberts-Smith was awarded the Victoria Cross of Australia in 2011 for his efforts on 11 June 2010 during fierce fighting against Taliban forces in the Shah Wali Kot district of Kandahar province in Afghanistan. In 2006, Ben Roberts Smith was honored with the Medal for Gallantry, also for his heroic efforts in Afghanistan.

At the heart of the case is a series of articles published 3 years ago in June 2018 by The Sydney Morning Herald, The Age and The Canberra Times, which outlined serious allegations about a lone Afghan teenager approaching the patrol post by members of the Special Air Service Regiment (SAS) in Afghanistan.

Allegedly, the story goes that in September 2012, a teenage boy also an Afghan shepherd named Ali Jan was interrogated, led to a cliff, and kicked over the edge while handcuffed, before being executed.

Ben Roberts Smith and patrol 2IC Matthew Locke arrived on-scene and the pair “decided to hunt down and shoot dead the two “enemy”, even though the two operators had first decided it was not necessary to engage the Afghan.

While initially Australia’s most decorated Afghanistan veteran was not identified as Ben Roberts Smith, his lawyers argue he was identifiable through references to a soldier who was “deployed repeatedly to Afghanistan” and had “impeccable connections up the chain of command”, which they say “point inexorably” to their client.

Mr Roberts-Smith claims the stories implied he was the one who kicked Ali Jan (an alleged Taliban spotter) off the cliff, procured soldiers under his command to shoot him, and had “disgraced his country”.

Even when the patrol report had identified only one Afghan unarmed “spotter”, in an oral account provided to the Australian War Memorial, Ben Roberts Smith later said that two armed insurgents had approached the position.

When the inconsistency was raised, Roberts Smith stated that he had remembered incorrectly.

After the publication of No Front Line in October 2017, ABC’s Dan Oakes and Fairfax Media’s Nick McKenzie covered the story—linking this specific trial to an ongoing Inspector General of the Australian Defence Force. This was an inquiry about criminal misconduct on the battlefield by Australian special forces.

Fairfax Media also published in August 2018 allegations by several soldiers of being bullied by Ben Roberts Smith, as well as a female companion’s claim that she was forced to submit to acts of domestic violence in Australia. Roberts-Smith has denied these allegations.

But the allegations around Ali Jan’s passing — which, if true, would indicate a war crime that has been denied by Ben Roberts Smith — are far from the only claims indicated within the reporting that led to defamation proceedings.

7. What is the Ben Roberts Smith defamation trial about?

He began a high-stakes defamation proceeding against three newspapers.

Ben Roberts Smith’s legal team states that he was defamed by allegations that he wanted to “blood a rookie” by pressuring an inexperienced SAS soldier to execute an elderly, unarmed Afghan in 2009, and murdered another man with a prosthetic leg prior to encouraging others to use the limb as a “novelty beer drinking vessel”.

The media companies deny the stories that spoke of the defamatory imputations and argue that if the court concludes they did, they can rely on the defences of justification and contextual truth.

The veteran states that he was continuously defamed by allegations he committed an act of domestic violence against a woman. This woman was his mistress who was in a Canberra hotel, making him a hypocrite due to his public support of campaigner Rosie Batty.

The stories are also alleged to have shown him as a bully towards fellow soldiers, including threatening to report the colleague to the International Criminal Court if he didn’t provide an account of the incident consistent with his own and punching a trooper in the head after a friendly-fire mishap

The nature of the allegations and the highly decorated Australian soldier’s identity as an elite soldier led to a varied witness list of about 60 people.

Under basic pseudonyms such as “Person 1”, current and former SAS soldiers gave evidence and their appearances will require some parts of the trial to be heard behind closed doors.

The court took into account the stories of Aussie soldiers who are risking consequences of “extraordinary gravity” by giving evidence, including accusations of being involved in a murder.

A group of witnesses nicknamed “the Afghan witnesses” have asked the court to consider practical and legal questions of how to take their evidence from Kabul.

The witnesses will recall aspects of the day of Ali Jan’s death and provide evidence via video link from a law firm in Kabul. They will also take assistance from interpreters in both Sydney and Kabul, in the presence of a lawyer nominated by Mr Roberts-Smith.

For more than a year, the opposing legal teams provided a plethora of twists and turns, but this wasn’t a two-sided affair as the lawyers for the Commonwealth, Inspector-General of the Australian Defence Force and Australian Federal Police have appeared.

At times they have increased claims of public interest immunity which excuse them from the obligation to shell out subpoenaed material, as it is not in the public interest to have it out in the open.

Accusations of “fishing expeditions” were brought up as lawyers sought access to what they saw as relevant material to back up their arguments, including Corporal Roberts-Smith’s doctors and telco providers.

Amongst the colourful lead-up, the recipients of the Victoria Cross for Australia’s (Ben’s) legal team claimed the impact on him and his family has been “considerably exacerbated” by allegations and new articles published by Nine.

The company, through its program 60 Minutes, accused Corporal Roberts-Smith of burying USB drives that had compromising material in his backyard — which he denied.

Nine has also broadcast sections of secret recordings in which Corporal Roberts-Smith appeared to claim he was indebted to his media mogul boss, Kerry Stokes, for providing financial support for the case. He was also recorded stating that he wanted to destroy journalists publishing stories about him.

10. Australia’s most decorated Afghanistan veteran feels the toll of the trial:

Australia’s most decorated citizen said he developed severe insomnia and anxiety ahead of a very different kind of battle looming over him — this time, in a courtroom.

The silence and mental health effects, due to COVID-19 was cited by his lawyers in court documents last year as COVID-19 delayed that legal battle. This provided a window into what the lead-up has been like for the Aussie veteran.