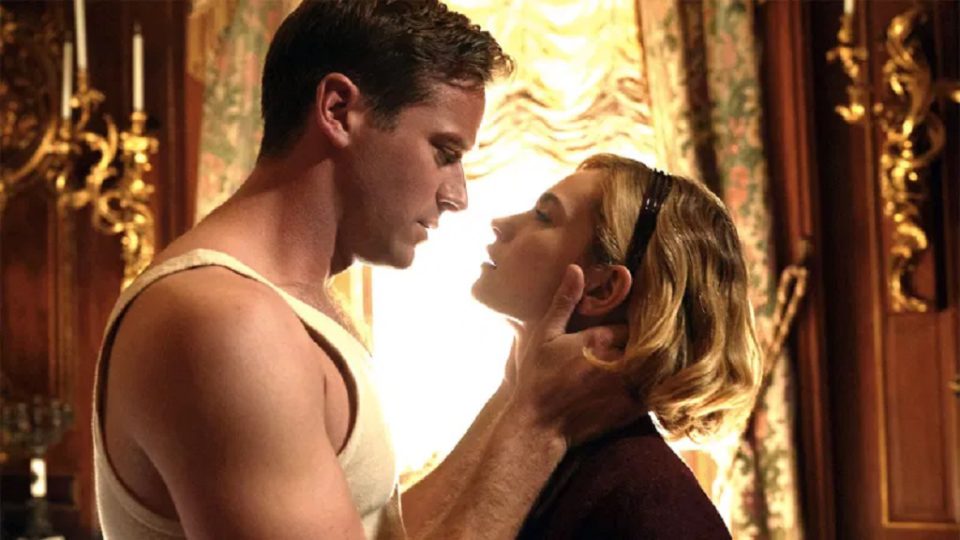 Stan is one of Australia’s best streaming services. It has a massive catalogue of fantastic movies for all fans to stream. Sometimes, the selection can seem a little daunting. Don’t worry, we are here to help. We have made a list of some of the best movies that you can watch on Stan. So get busy reading, get busy streaming.

Best Movies to Watch on Stan for Movie Buffs

Steven Spielberg is known for making heart-warming, sentimental movies, and ET the Extra-Terrestrial might be the one that best embodies that. This classic family film on Stan is about a lonely kid (Henry Thomas) who develops a bond with a friendly alien marooned on our planet, ET the Extra-Terrestrial is capable of melting even the coldest of hearts.

A sci-fi classic, The Matrix is another fantastic movie to stream on Stan. It is ​​a stealthy tale of artificial intelligence packaged as a spectacular, action-packed visual effect. Inspired by martial arts films, anime and cyberpunk literature, The Matrix sees Neo (Keanu Reeves) discover that the world as we know it is an elaborate computer simulation that masks the real truth – Earth is a wasteland and humans are being kept alive in chambers to act as the batteries powering our new machine overlords.

The next best movie to stream on Stan is Chopper. Playing Australia’s most famous criminal, Eric Bana absolutely disappears in the role of Chopper Read. At the time, it was unthinkable that television couldn’t be used in such a dark and intense role, but its comedic edge, backed up by the outsized setting it developed for the film, turned out to be a match made in heaven. Perhaps the most quotable (ish) Australian true crime film ever made.

After the death of his mother, Joshua (James Frecheville) is forced to live with his maternal grandmother (Jacki Weaver), the matriarch of a crime family that begins to fall after death. kill a random cop in retaliation. Will Joshua fall into this cycle of violence, or will he resist? Playing in the suburbs of Melbourne, Animal Kingdom is one of the most powerful Australian films of all time.

One of Marvel’s funniest and most entertaining films to date, Thor: Ragnarok finds Thor (Chris Hemsworth) and Loki (Tom Hiddleston) expelled from Asgard after their evil sister Hela (Cate Blanchett) returned to take back the throne. Bursting at the seams with energy and vibrant color, Thor: Ragnarok is a sassy space opera with his tongue pressed firmly against your cheek. You can thank director Taika Waititi (who is in the shadows) for that – watch out for his scene stealing role as Korg. One of the most joyful movies to watch on Stan.

An Australian family favorite, Red Dog is definitely one of the best movies to watch on Stan. It tells the moving story of a charming little dog who brought the entire community together as he toured the Outback in search of his true owner. The dog brings people together wherever he goes: some people find love, others find themselves. Starring Josh Lucas and Rachael Taylor, Red Dog is a beautiful movie that the family will enjoy. Although the dog is red, this is a true Australian blue classic.

A film that is better than its reputation suggests, Speed ​​Racer was clearly a passion project for the Wachowskis, directors of The Matrix. A story of integrity, family, and resistance to corruption, Speed ​​Racer is much more than a sugary kids movie (though it is, too). With some of the most mind-blowing, cartoonish visuals of any live-action movie, Speed ​​Racer puts his pedal to the metal and pulls off some insanely psychedelic racing sequences in the process.

Legend of the Guardians: The Owls of Ga’Hoole

When one thinks of director Zack Snyder, the mind often turns to his violent action movies, such as 300, Watchmen, and Batman v Superman. But did you know that he also directed an animated film for Australian children about warlike owls? Legend of the Guardians: The Owls of Ga Hoole is as graceful as you can expect from Zack Snyder, with his slow motion and acceleration movie that Snyder unmistakably looks and feels like.

Happy Feet, another Australian animated children’s film about birds, took the world by storm when it was released in 2006. A charming family film from director George Miller (Babe, Mad Max: Fury Road), Happy Feet follows a penguin named Mumble whose lack of singing Talent leads him to dance to find his partner.

There have been countless film adaptations of Stephen King in recent decades, but Carrie was the first (and possibly the best). Sissy Spacek plays a tormented teenage girl who is pushed around by her classmates and overbearing mother, with incredibly violent results. A bloody classic.

The Descent is not one of the claustrophobic types, he follows a caving expedition that goes horribly wrong, leaving a group of women to fend for themselves on some truly terrible cave-dwelling creatures. An absolute horror masterpiece, The Descent is one of the UK’s best horror films.

Loosely inspired by actual events, Wolf Creek gave birth to Australia’s first real horror icon in Mick Taylor (John Jarratt), a sadistic copse who enjoys nothing more than hunting and killing tourists in the middle of the Outback. Once you’ve seen this, take a look at its sequel, Wolf Creek 2, as well as the incredible Stan Original series.

Even though he wasn’t immediately loved at launch, Zoolander has grown over the years into an honest comedy classic. One of the best movies to stream on Stan, Zoolander features Ben Stiller as the titular male model of the calf who is duped into a plot to assassinate the Prime Minister of Malaysia. Owen Wilson plays Hansel, a promising rival to Zoolander. The Mughal (Will Ferrell) Mugatu (Will Ferrell) is one of the first in the world. Zoolander is really, really, really ridiculously funny.

Another great movie to watch on Stan is the Jim Carrey classic, Ace Ventura: Pet Detective. Jim Carrey was an unstoppable force in the early 1990s, and along with The Mark and Dumb and Dumber, Ace Ventura: Pet Detective cemented him as the world’s biggest comedy star. Carrey plays a ridiculously exaggerated private cock that specializes in animal related cases. When the NFL’s Miami Dolphins mascot is stolen, it’s up to Ace to find out where it is and who was behind it. Lots of hilarious jokes!

James Cameron made a thriller, which also worked to solidify Arnold Schwarzenegger as one of the biggest stars on the planet. Arnold plays a Terminator, a cyborg killing machine that goes back in time to kill the mother of a great military leader (Linda Hamilton) before he conceives her. This mother’s son will ultimately be responsible for defeating the machines in the distant future. Fortunately, a human soldier (Michael Biehn) has also traveled to protect her. Perfectly blending action, sci-fi and horror, The Terminator is an experience from start to finish. Definitely one of the best movies to watch on Stan.

Long before he came to Fury Road, Max Rockatansky (Mel Gibson) was a highway patrolman in a particularly dangerous part of Australia – his pace was ravaged by wild, borderline street jerks. When Max’s family and partner are killed by a gang with a vendetta, he becomes angry. Extremely crazy. One of the most classic films in Australian cinema, Mad Max is a high-octane suspense revenge that features some of the best killing spree ever committed to celluloid. Max would definitely end in a post-apocalyptic future, but his humble origins should never be forgotten. You can stream it non stop on Stan.

With director Neill Blomkamp (District 9, Chappie) announcing that he’s bringing RoboCop to theaters with a direct sequel to the original 1987 film, it’s now a revision of this ultra-violent classic. Definitely one of the best movies on Stan, RoboCop is a satire on corporate greed in the ’80s. RobocCop is more than the sum of its parts. Brilliantly directed by Paul Verhoeven (Total Recall, Starship Troopers), the film sees a cop copiously murdered by a group of criminals, only to be revived by a corporation and used as a robotic crime-fighting product. Soon enough, his memories start to come back, and it’s only a matter of time before he runs over his killers and discovers the true intentions of his creators.

We will conclude our list of the best movies to watch Stan with the sci fi classic, Blade Runner. Ridley Scott’s thought-provoking cyberpunk masterpiece wasn’t fully appreciated until a decade after its release, when it received a director’s speech and removed some of the movie’s plagued version. Harrison Ford plays Deckard, the titular Blade Runner. He has a spell cop whose job it is to hunt down and eliminate rogue replicants, who are like artificial humans created as slave labour. When a group of them decide to move in, killing them in the process, Deckard sets out to take them down, but maybe this time it will be so easy.

Samantha Armytage: 9 Racy Things About The Ex-Host You Didn’t Know!