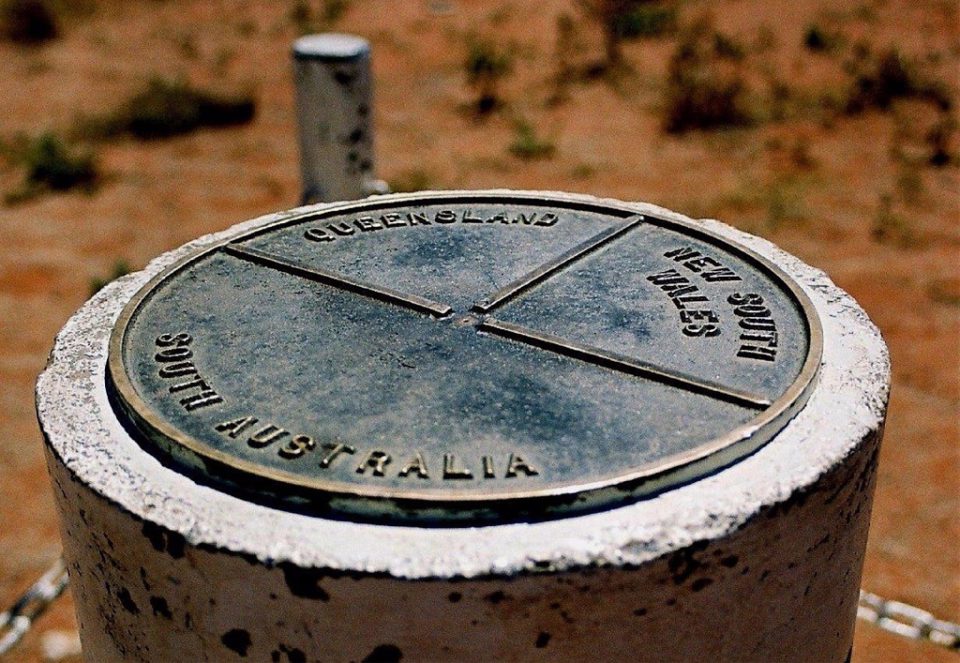 In the Australian Outback, Cameron Corner is the tripoint at the convergence of the borders between South Australia, Queensland, and New South Wales. Let’s look at some interesting things about this special place below.

9 Cameron Corner Facts You Must See Before Going!

1. Cameron Corner is the tripoint at the convergence of the borders between SA, Queensland, and NSW:

If you head to Sturt National Park, deep in the outback of New South Wales, you’ll see that the park is bounded by borders: to the north is Queensland, to the west is South Australia. The point where the imaginary lines that separate these three states meet are called Cameron Corner.

It is located approximately 1,400 kilometers west of Brisbane.

2. It is named after John Brewer Cameron:

John Brewer Cameron was the head of the team who for two years (1880 and 1881) placed a wooden stake every mile between the states of Queensland and New South Wales and who built a post there in September 1880.

3. So was John Brewer Cameron the first to explore it in the 1800s?

Actually no, the area had already been explored by Captain Charles Sturt in 1844 while searching for an inland sea in central Australia. If you google his name, you’ll find lots of historical photos and data he collected as well, including paintings of ships and the natives who originally lived here.

4. The Dingo fence is one of the longest barriers in the world:

One can park in New South Wales, open the gate and, through the magic of borders, instantly set foot in South Australia, but a high fence of wire netting and barbed wire will block your way: The Dingo Fence.

The gate itself must be closed carefully, for this innocuous-looking fence is in fact an important guardrail: it is not a futile border that this barrier protects, but rather the cattle of the farmers.

It is called the dingo fence (or dog fence), after its purpose: to prevent dingos from migrating to the south, where ranchers are reluctant to lose lambs to their teeth. At 5,000 km long (and once up to 8,000 km in the past), it is one of the longest barriers in the world, but it is not the only contender for the title in these lands: in Western Australia, we also find the rabbit proof fence, this time designed to keep rabbits out.

The Dingo Fence passes in the immediate vicinity of “Cameron Corner” (the fence is about 20m from the post) following the New South Wales border.

5. Cameron Corner: No dogs, no rabbits, but birds can fly over:

The birds, on the other hand, have nothing to do with being human follies and the constraints of terrestrial creatures: galahs, crows, and black kites decorate the panels, posts, and wire of the fence.

6. The only resident of the area is Bill Mitchell:

According to the Brisbane Courier Mail, the only resident of the area is Bill Mitchell, who is the manager of the local store and the keeper of the three-hole golf course in the three countries.

According to the Daily, it seems that he is the only employee in Queensland whose postal address is in New South Wales and the telephone in South Australia.

7. Cameron Corner is one of four Aussie corners:

Corner denotes the geographic point where the borders of several states converge at right angles to each other. Cameron Corner is one of four Australian Corners along with Haddon Corner, Poeppel Corner and Surveyor Generals Corner.

8. In Cameron Corner, there is a pub:

The rural pub is a true Australian institution.

It is in this local bar where regulars and passing people meet, for beer, a coffee, a sandwich or a drink or the classic – meat pie. The pub is a pillar of social life in the bush and in the countryside, and it is of course an opportunity to meet people and exchange stories and news while quenching your throat and eating to fuel up to your next destination.

The interior of the pub displays the color directly, proudly proclaims its atmosphere. And then, of course, there’s the special Cameron Corner touch: three clocks on the wall which tell the tri-state time. And while the pub is indeed located in Queensland, it still has a New South Wales address and a South Australia phone number!

If you ask the owner where the location of the bar is, he will say without a doubt: Queenslander from head to toe!

Stocking the pub to continue providing meals to travelers is not easy here: shopping involves a 900 km round trip to Broken Hill. Or, at best, to have provisions delivered by the mail truck to Tibooburra, a round trip of “only” 300 km.

In addition to providing food and lodging, the owners of the Cameron Corner pub wear many other hats: they take unlucky travelers out of quagmires, collect rain statistics for the meteorological office, liaise with the transport department to communicate road conditions, and even have a police uniform on hand to restore order if a situation gets out of hand.

Here, you’ll also find dollars on the ceiling which helps with raising money for the Royal Flying Doctor Service, the flight physicians who use small planes to fly into the remotest corners of Australia.

If you can, try to make a donation here.

It is possible to camp on the pub grounds – you will simply be asked to donate $5 to the Flying Doctors in return. As the pub is outside the national park, it is possible to collect firewood and build a campfire. Hot showers are also available, charged $3. Alternatively, you can request a single or double room for around $40 to $60.

You can also fill up with fuel, but be careful: gasoline is expensive here!

If you pass a grid, you’ll be able to walk to three states in 10 minutes, such is the impressive  tripoint at the convergence of the borders

Top 10 Attractions in and Around the Lady Elliot Island

Hottest Place In Australia: 5 Ranked From Hottest To Hot!

Best Things to Do in Queenstown and Tasmania in General