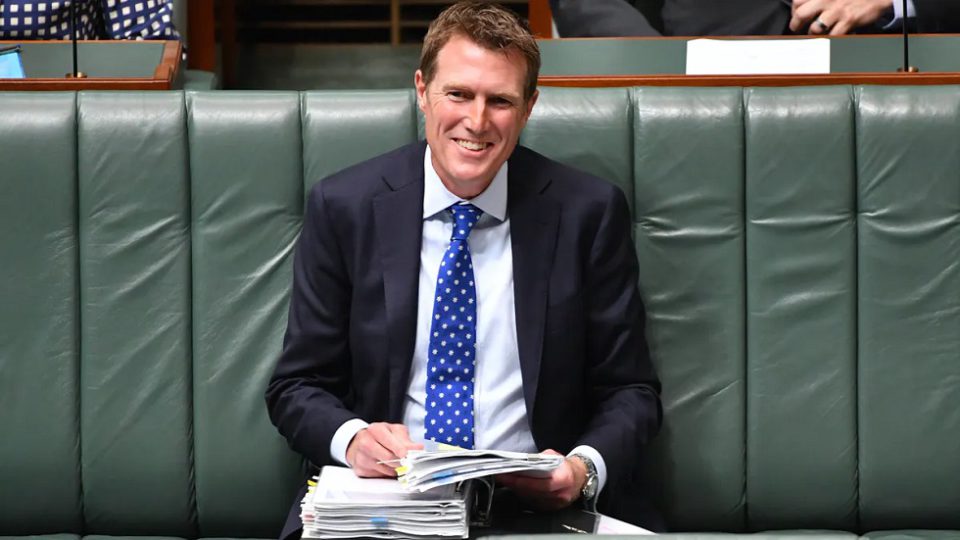 Currently serving as Minister for Industry, Innovation and Science since 2021, Christian Porter has served as Member of Parliament (MP) for Pearce since 2013. He is also an Australian Liberal Party politician and lawyer who has worked as the Leader of the House and Minister for Industrial Relations from 2019 to 2021. He is a very well known Attorney-General of Australia from 2017 to 2021 but he broke news headlines when he was accused of rape by a former acquaintance.

The Australian Liberal Party politician was born as Charles Christian Porter and raised in Western Australia and calls Yanchep home. He lives with his wife Jennifer, son Lachlan and daughter Florence.

Attorney General Christian Porter listed himself as the unnamed Minister who had been accused of a 1988 rape in a letter sent to the Prime Minister and some senators on 4 March 2021.

Just a month prior, a certain Australian media reported an alleged rape of a 16-year-old girl in 1988 which alleged that the male offender was now (in 2021) a federal cabinet minister.

The rape victim had written a long statement for her solicitor in 2019, and had contacted several politicians and police before she died by suicide in 2020.

The rape victim’s statement was sent anonymously in February 2021 to the prime minister and several other members of parliament. Just a month later, the police force publicly  announced there was “insufficient admissible evidence” to secure a prosecution.

Attorney General Christian Porter  announced on 3 March 2021 that he was the person named in the allegations and in an unprecedented move confirmed that he met the woman in Sydney when he was 17, but denied the accusation and any sexual contact with her.

The current Minister for Industry, Science and Technology also announced he would take immediate leave to look after his mental health following the accusations.

On 15 March 2021, Porter launched a defamation claim against ABC and the company’s reporter Louise Milligan (Australian investigative reporter for ABC), for publishing the allegation. The current Minister for Industry, Science and Technology claims that he argued that although the original allegation did not name him, he was “readily identifiable” and that the article was intended to harm him.

Aside from his ardent denials of the rape allegation against him, the key point established  by Attorney-General Christian Porter at his media conference in March was that he had been the victim of “trial by media”.

3. His accuser requested a Skype interview with police:

The Adelaide woman who made news breaking allegation of rape against former attorney-general Christian Porter has never been named. She did contact NSW Police to conduct an interview via Skype two months before her death in 2020 but the NSW Police never took her formal statement.

In statements provided to NSW Parliament, NSW Police (NSWPF) showed that the woman contacted detectives from Strikeforce Wyndarra. Strikeforce Wyndarra is the operation set up to manage her allegation but efforts to interview her in person had been delayed by the COVID pandemic, and Adelaide- Sydney distances.

The information provided by police, under the heading “NSW Police Investigation into Historical Rape Allegation”, says the day after the Adelaide woman requested the Skype interview, investigators spoke to her “by way of teleconference” and “options were presented to [her] in relation to obtaining her statement”.

They say “a joint decision by all parties was made not to conduct the interview remotely” and the [alleged] victim was understanding and supportive of this decision.”

4. His accuser changed her behaviour with police:

The rape victim took her life on June 24, 2020. According to the information provided by police: On June 23, the day before her death, the woman “clearly communicated to investigators that she no longer felt able to proceed with the report”.

The statements they released also say NSW Police investigators believed “aspects” of Strike Force Wyndarra “were possibly relevant to the Coronial Investigation” being conducted by South Australia Police into the woman’s tragic demise.

“And as a result [they] sought to provide this information [to South Australia Police] as required.”

In early 2021, the South Australian coroner released documentation indicating he had asked South Australia Police detectives to re-open their investigation into the woman’s death given information that had been provided in media reports.

The documents also show that Strike Force Wyndarra spoke with the woman’s sister and a friend.

The documents say the detectives “did not instigate contact” with the woman’s sister. According to the source, it says:

“It is relevant to note at this point that during investigators initial meeting with the victim she requested that her family not be made aware of the allegations”. …”The victim’s sister, through SAPOL, made contact with NSWPF investigators after the victim’s passing……”On 28 August 2020, the Post Operational Assessment in relation to Strike Force Wyndarra was finalised. This signified the closing of the investigation.”

This year in March 2021, Christian Porter was appointed the Minister for Industry, Science and Technology. Previously the Australian Liberal Party politician worked as Attorney-General from December 2017 to March 2021, after being employed as Minister for Social Services from September 2015.

As Attorney-General, Charles Christian Porter performed a key role in the modernisation of Australia’s national security laws with the successful passage of the Espionage and Foreign Interference, and Foreign Influence and Transparency Scheme legislation, which reflects the most substantial reforms to Australia’s national security legislation since the 1970’s.

The Aussie politician and lawyer is also presently targeting the reforming of the federal court system to help families save time and costs in family law disputes.

In Social Services, this Aussie lawyer steered the critical transition of the National Disability Insurance Scheme from trial to National roll out and engaged in a suite of welfare reforms in addition to strong job growth to see 140,000 fewer people on welfare. This decision resulted in the lowest level of welfare dependency in working age Australians since the 1980’s.

Prior to entering federal parliament, Charles Christian Porte was a Minister in the Western Australian State Government, variously holding the portfolios of Attorney General, Minister for Corrective Services and Treasurer.

As a Western Australian Treasurer, Charles Christian Porte delivered successive budget surpluses, decreasing recurrent expenditure growth by more than 6 percent and was central to providing funding for key projects such as the new Perth Stadium and Elizabeth Quay. As WA Attorney General, Christian remade the jury system and targeted a range of legislative reforms that significantly reduced all reported crimes.

Just prior to entering Federal Parliament, Christian was a Professor of Law at Curtin University. Indeed, before politics, Charles Christian Porte worked as a lawyer in both the commercial and government settings; beginning his career at Clayton Utz and then later working as a Senior State Prosecutor for the Director of Public Prosecutions WA, where he prosecuted criminal trials for the State.