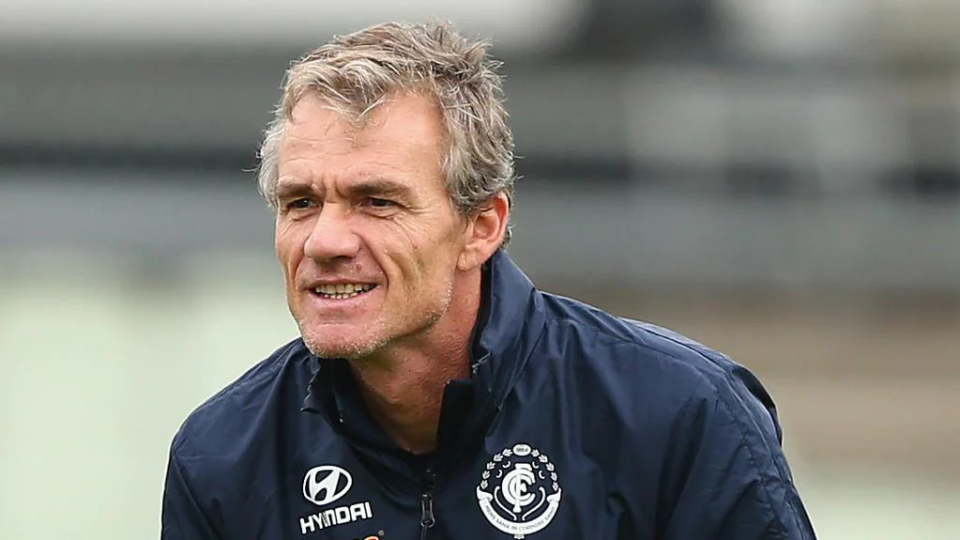 Dean Laidley, who was known as The Boy from Balga and the Junkyard Dog played Australian Rules Football for six seasons (appearing) in 52 games overall. He was never really able to solidify his spot on the squad. What Laidley lacked in size and strength, he made up for it with his incredible intensity. Let’s find out more.

From Dean Laidley to Dani: All You Need to Know

After playing for West Perth, Laidley went on to join the inaugural West Coast squad and played in the first-ever game just days after celebrating his 20th birthday. During the 1987 season, appeared in 10 games, 11 the following season, including the elimination final against Melbourne, and another 10 in 1989.

1990 started promisingly for Dean Laidley as he went on to appear in the first seven matches and picked up Brownlow votes in a couple of them. Unfortunately in round 7 against Melbourne, he suffered a dreadful knee injury and missed an entire year of action. He didn’t play AFL again until early 1992, almost two years later.

Laidley played 14 games in 1992 but lost his spot before the finals and couldn’t force his way back in. As his frustration rose, he demanded a trade to North Melbourne. The Roos gave up a top 10 pick in return, which turned out to be 99-game player Paul Symmons.

Coincidentally, Laidley went on to appear in 99 games for North, winning a well-deserved flag in 1996.

When did Dean Laidley retire?

Dean Laidley retired from football after the 1997 season.

After retiring from the sport, Dean Laidely linked up with his former coach Mick Malthouse at Collingwood before moving back to North Melbourne to take the senior job in 2003. Dean Laidley went on to coach the Kangas for a little over six seasons before he stepped down in 2009.

He then took up the role of Assistant Coach at Port Adelaide (commuting from Victoria) and at St Kilda under former teammate Scott Watters. He teamed up with Malthouse at Carlton in 2014.

What police case was Dean Laidley involved in?

Dean Laidley, who goes by Dani Laidley now, was compensated by the Victoria Police Department because six police officers leaked Laidley’s mugshot into the public. The officers in question are going to be forced to shell out upto $3000 each.

Victoria Police Chief Commissioner Shane Patton said the six officers had their matters proven at a disciplinary hearing on Tuesday.

“The independent hearing officer has put them on a good behaviour bond for 12 months,” Mr Patton told 3AW on Friday.

“In addition to that, ordered they undertake a respect course through (the Victorian Equal Opportunity and Human Rights Commission) as well as awarding compensation from each of those people between $1000 and $3000 to be paid to Dani Laidley for the harm caused.”

The compensation has to come out of the officers’ pockets and the police department is not going to foot the bill.

As per the commissioner, “Three other police officers were still before the courts on criminal charges after allegedly leaking photos of the former star footballer and North Melbourne coach.”

The mugshots of Dani Laidley, which were widely circulated on social media were deemed appalling by Dani’s lawyer, Mr. Patton. Some Victoria Police officers described Laidley as a “full blown tranny.”

Prior to being arrested, Dani Laidley was observed wearing makeup and a wig during the interview inside the St Kilda police station. The former football player was arrested under the charge of stalking a woman.

After being convicted, Dani Laidley was sentenced to a diversion program and the matter was closed in March this year after the Melbourne Magistrates’ Court found the program completed.

Charges of possessing methamphetamine and committing an offence while on bail, were all dropped.

What has happened to the police officers involved in the Dani Laidley case?

Senior Constable Murray Gentner, who has been charged with misconduct in public office, is among the officers waiting to face court over the leaked photos.

His case has been adjourned until July 8 this year.

Constable David Hall has been charged with two counts of unauthorised disclosure of police information and is next expected to face the Ringwood Magistrates’ Court on June 4.

The 28-year-old is accused of sending texts to two people telling them Ms Laidley had been remanded in custody on charges including stalking and drug offences.

He has been transferred to “other duties” while waiting to face court.

Before transitioning into a woman, Dani Laidley was a football player known as Dean Laidley. He played as a player for the West Coast Eagles in 1987 before he moved to Victoria to play for North Melbourne at the end of 1992. He even played in the premiership in 1996. Dean Laidley also coached North Melbourne for six and a half years and has since coached teams at Port Adelaide, St Kilda and Carlton.