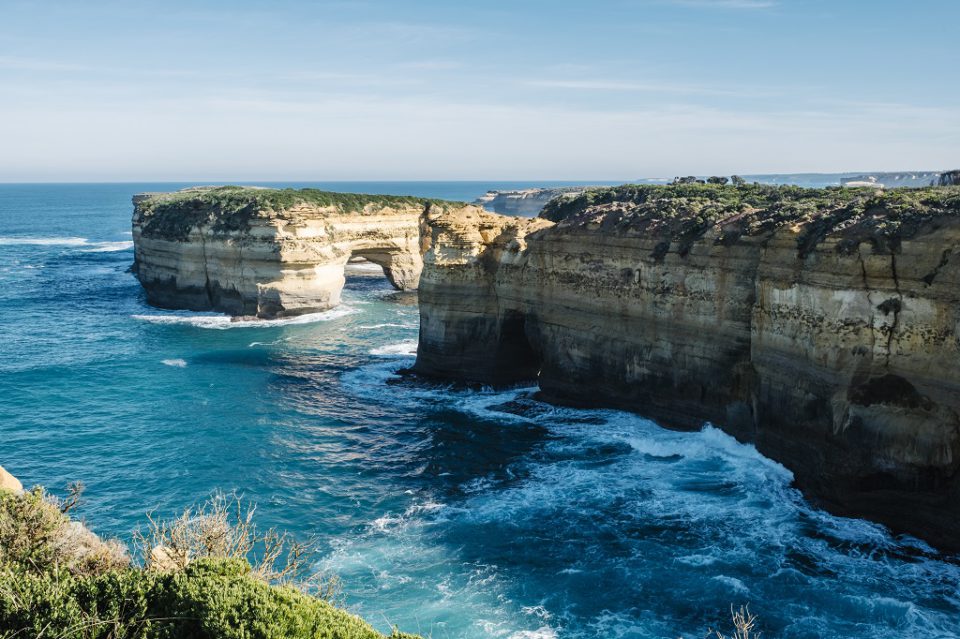 The Australian climate is generally temperate. The country is sunny most of the year.

However, given the size of the continent, some regions do not enjoy the same climate as others. Here is our list of the towns/places ranked from the absolute hottest place in Australia to the second worst and onwards.

Australia is in the southern hemisphere, which means the seasons are reversed from the countries in the northern hemisphere. When it’s winter in France, it’s summer in Australia, and spring in France corresponds to fall there.

Inland (often called “outback”), has a climate that is very hot and dry. The temperatures are very high, whether during the day or in the evening. In the Australian deserts, the weather is unpredictable: it may not rain for years and then rain torrents overnight. And that’s when the heat becomes the most unbearable.

Australia’s east coast, which is the most populous part of the country and the one that attracts the most tourists, has a temperate climate. The climate of this part of Australia is due to the proximity to the ocean, which makes the temperatures pleasant. Summer is hot with rather balmy nights.

The climate of the west coast is like the Mediterranean. Summer days are hot and very long while winters are rather mild and rainy. Further south of the coast there is a colder climate due to the winds that rise from Antarctica.

In this part of the territory, the climate is humid and hot throughout the year. The tropics have only two seasons: winter (May to October), hot and dry with balmy nights. And summer (from November to April) is very hot, humid and rainy.

The hottest place is the city of Oodnadatta in Australia with a temperature of 50.7 ° in January 1960.

In the remote outback town of Oodnadatta in South Australia, if you are a heat tourist, this is a bucket list hot spot.

In the town, you’ll find a sign that reads “Australia’s hottest driest town” as officials recorded the highest temperature in Australia. The town also boasts being the “the driest town, the driest state of the driest continent.”

To support the people that live here, eat out and head to the Oodnadatta Museum in the old railway station. The museum sheds some light on Oodnadatta’s role as an inland mission and rail town.

Next up is Marble Bar (located in the Pilbara region of north-western Western Australia) holding the record for the highest average monthly maximum temperature, which is 41.5°C in December.

They claim to be the hottest town in Australia as it also holds the record for the longest hot spell with 160 consecutive days (in the year 1923, between 31st October to 7th April) where the temperature is above 37.8°C or 100°F.

This town began forming more than 3.6 billion years ago making it one of Earth’s oldest blocks of continental crust.

Is it the core or the crust of the earth? Well, it’s definitely on the earth’s surface but Marble town holds the top spot for the highest temperature recorded in April in Australia, which was 45°C and the second spot too, 44.7°C.

Temperatures reached up to a sizzling 49°C and at that moment in time, it was the hottest place in Australia during 2020 for residents.

This unbearably hot place called Penrith lies at the foot of the Blue Mountains and the banks of the Nepean River, a 50-minute drive from the centre of Sydney.

The only good thing is that the river becomes a fabulous aquatic playground to cool off and beat the heat.

Welcome to Birdsville – the desert climate with very little rainfall.

In this part of Queensland, the mean maximum temperature soars to 38.8°C during January.

If you are looking to visit the hottest place in Australia, Birdsville recorded the highest temperature in the state, with the mercury rising to 49.5°C.

The Outback town is also the fourth-highest temperature that officials recorded in the country.

In 2019, Birdsville broke another climate record when it had nine consecutive days of temperatures at or above 45°C.

Birdsville, Queensland lies on the eastern edge of the Simpson Desert and it is home to one of Australia’s most photographed pubs.

Heat enthusiastic tourists come to the sandstone walls of the Birdsville Hotel which are very photogenic and the hotel has been welcoming visitors since 1884.

The next hottest place in Australia is Darwin which has a tropical climate with a wet and dry season – the driest month is July and the wettest is January.

Located in the Northern Territory, the average annual temperature is 27.4°C.

It gets most unbearable during October, which has the highest average temperature.

The sunny city with an average of 8.4 daily hours of sunshine is the second sunniest capital city in Australia.

The sunniest months are between April and November where the sun and the wetness facilitate the growth of the lush national parks and outstanding wildlife thanks to the humidity.

Cameron Corner: 9 Unique Facts You Must Read Before Your Trip!

Best Things to Do in Queenstown and Tasmania in General