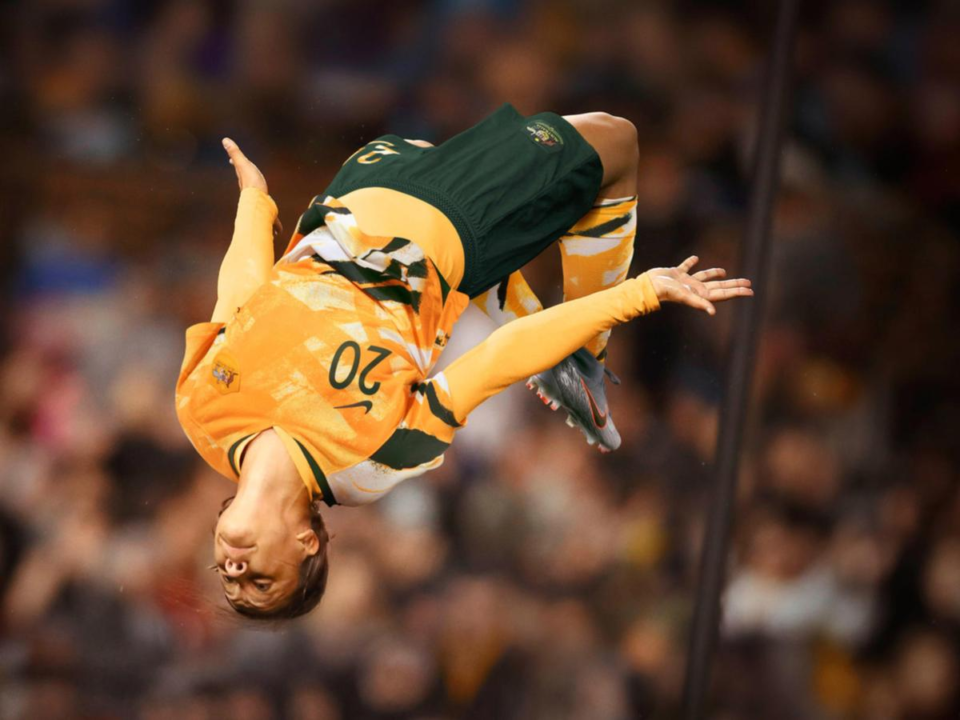 Samantha “Sam” Kerr is one of the biggest female football stars on the planet. The Australian forward has spearheaded her National team for many years and has also tasted a lot of success at the European club level. Sam Kerr is one of the most prolific goal scorers in women’s football history and has won six Golden Boots like Lionel Messi. Let’s find out more about this Australian soccer star.

Sam Kerr: All You Need To Know

When was Sam Kerr born?

Sam Kerr was born on September 10th, 1993 in East Fremantle, Perth, Western Australia. Sports run in her genes. Her father and uncles played football professionally and her father also had athletic blood running through his genes.

How did Sam Kerr start her sports career?

Sam Kerr didn’t start her sporting career with football. She played Australian Rules Football like her father and elder brother. However, she was forced to switch sports to football/soccer because of gender restrictions. While the initial transition phase was difficult, Sam Kerr found her footing very soon and was spotted by talent scouts because of her incredible athleticism and skill.

With a lot of goals and unusual skills, she arrived in England in 2019 after triumphing in the best women’s league in the world: the NWSL in the United States. There she managed to be the player who has scored the most goals in the history of the competition, she won NWSL titles, two Australian golden boots and the two North American golden boots.

A trail that has continued in England, where she won her sixth Golden Boot in a season in which she scored 27 goals in total (21 in the League, 3 in the Cup and 3 in the Champions League) and 9 assists in all competitions. With these numbers, Sam Kerr has more than justified the large amount of money that Chelsea spent for getting her on the squad. She helped Chelsea win the league title in back to back seasons.

” A lot of hard work has been done this season, so it was a really proud moment, but above all emotion and I am really proud to be part of this team. It has been a long season for us and a lot of work has been done. It took some time, but the truth is that this is the life of a footballer. Sometimes the goals come in and sometimes they do not. But, a lot of hard work, sacrifice and dedication has been invested in this season by the whole team as well. that I feel very fortunate to be part of this team”, said Sam Kerr. However, there wasn’t much time for Sam Kerr to celebrate the national title as the Champions League Final against Chelsea beckoned.

How is Sam Kerr’s relationship with her coach Emma hayes?

Sam Kerr also wanted to praise her coach, Emma Hayes, who he considers has been “very, very important” in her personal success at Chelsea. “There were many people who doubted me at the beginning of the year. Emma always trusted me. It was not easy and having a coach to help me and support me has been very important. But, also at the football level, where she has discovered what better it comes to me and in the positions in which I perform better. Although its impact on me off the field has been greater than its impact on it,” Sam Kerr said.

How is Sam Kerr’s relation with Fran Kirby?

The Australian forward also appreciated the great connection she has in the attack of the ‘blue’ with Fran Kirby, with whom she forms a lethal duo. “Fran has clearly shown that she is one of the best players in the world and she does it week after week. And I think my connection with hers is special, everyone asks me:” Do you train him? “, But it is something natural. She ‘s just a superstar, ” added Kerr, for whom it has not been easy to adjust to England and their football.

What did Sam Kerr say about the level of women’s football in Europe?

“I think the level in women’s football has increased dramatically in recent years. The Spanish League is improving, the Italian too, and even the World Cup,” said Kerr, who did not want to predict what she expects from her rival in the European final. “We will focus on ourselves, but we have to respect their strengths and weaknesses,” he said.

What did Sam Kerr say about the comparisons between herself and Lionel Messi?

Sam Kerr, who was asked if it bothers her to be compared to Messi by having six Golden Boots, said: ” People will always compare, but I don’t see it wrong. I think it’s great that people talk about men’s football and women’s football at the same level. At the end of the day, we’re just footballers. Messi is a legend and one of the greatest of all time. I don’t think I am close to his level yet, but it’s nice to have six golden boots like him “.

What did Sam Kerr say about the media persons who criticised her move to Chelsea FC?

Speaking about the unfair criticism that she received earlier, Sam Kerr said: “Honestly, I have nothing to say (to people who doubted her). I mean, they get paid to write headlines and all that and obviously they were wrong this time, so I have nothing to say. You can mail me a bottle of wine now as an apology.”