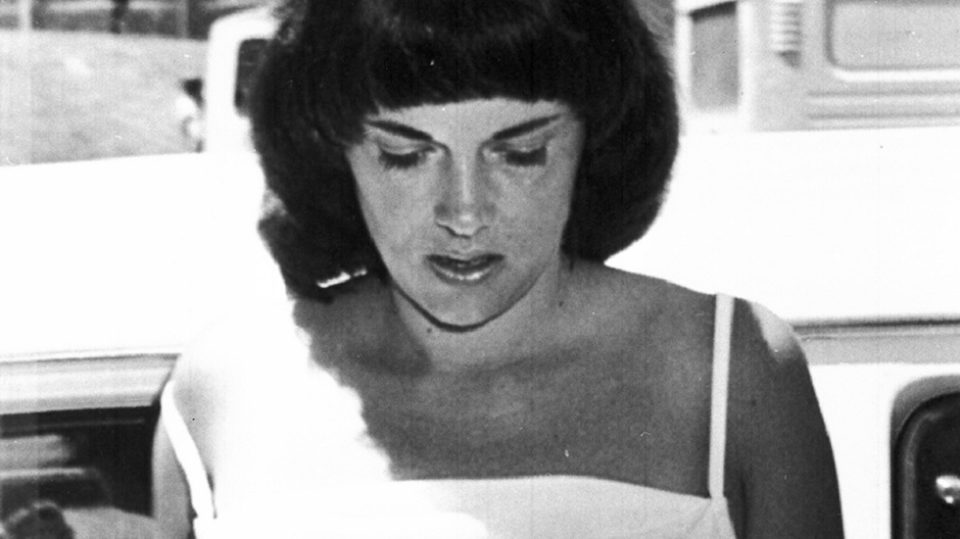 Azaria Chamberlain was taken in the dead of night by a dingo at Uluru, soon Lindy Chamberlain (Azaria’s mother) spiralled into a never-ending nightmare. The quote: “A Dingo ate my baby” became a viral sensation and was even featured on Seinfeld! The quote is often said in a comedic way, used to practice our Aussie accents (like Elaine did in Seinfeld) and also used when we see some type of dog that resembles a Dingo! Sadly, there’s nothing funny about the nightmare that followed this poor mother.

Lindy Chamberlain: Dark and Depressing Things About A Wrong Conviction!

What happened to Lindy Chamberlain?

Lindy and Michael’s nine week old daughter Azaria suddenly disappeared from a campsite at Uluru in 1980 and Members of the Northern Territory Police, media, the general public and a jury suspected the parents!

A dingo had crept into the tent where the newborn and her little brother slept and taken off with her in its mouth. Even today, Azaria’s body has never been found. The only thing that was found a few days later was Azaria’s torn jumpsuit and clothes located near the rock.

In December 1980, an inquest found that a dingo had killed Azaria but someone unknown had later interfered with her clothes. A second inquest was ordered and the Coroner committed Lindy to trial.

Lindy, who maintained that a dingo stole her baby, was found guilty of murder and Michael an accessory after the fact in 1982.

Lindy was sentenced to life in prison. Michael was given an 18 month suspended sentence.

Lindy languished first in Mulawa Women’s Prison and then in Darwin’s Berrimah Jail until a matinee jacket Azaria was wearing on the night she went missing was found at Uluru in 1986.

Lindy was released from prison, and her life sentence was remitted by the Northern Territory Government.

Sadly, Lindy says it was kind of her fate to go to prison to learn about life:

“So did I like to go to prison for something I haven’t done? The answer is ‘no’ with capitals,” Lindy stated.

“On the other hand would I change what I’ve gone through if I could no longer keep the lessons that I’d earned through that experience? The answer again is ‘no’ in capital letters.

“Because what I’ve learnt is invaluable and I wouldn’t swap that because that’s made me who I am today.”

She was scrutinized to a trial by media:

I’m told, “Don’t talk like you normally talk. Watch how you hold your mouth. You look too sour and crabby. Don’t get angry. Don’t ask too many questions, or they think you’re trying to be smug. And never, never, never laugh or you’re an uncaring bitch.” Well, I can’t cry to order, and I won’t be squashed into some dumb act for the public… or for you.

Lindy and Michael divorced in 1991, one could just not forgive another:

Lindy Chamberlain has been severely wronged by the public, the media, the cops, the court, etc, but, according to her, it’s her ex-husband Michael Chamberlain she has struggled most to forgive.

When asked Lindy who she had most struggled to forgive, most people assumed that it was the harsh NT Police who pushed for a conviction or the trial by media that blamed her or the judicial system that failed her

“No, it’s my ex-husband,” Lindy replied.

She didn’t want to continue saying it’s private. Finally, the woman whose life was openly paraded around in public, every detail scrutinized and twisted to make her look bad, can now be private about something – especially the personal details of a painful divorce.

“People often get involved in things and take sides with no knowledge,” she said during a conference.

“I’ve never felt I had to carry that pain. That’s their responsibility. God and I knew the truth and that was enough for me. Because all the way through I felt absolutely positive that at some stage He would make sure that it all came out right.”

Lindy told the audience in a conference that she had fought not to “get stuck on bitterness and resentment”.

“You can’t get away from it. It sleeps with you at night. It goes to the bathroom with you. It showers with you. It has parties with friends with you. It’s always there. You need to choose your battles wisely. You don’t have to attend every argument you’re invited to. A fight without a foe — where’s the battle?”

“If you’re holding the anger … you’re not hurting them at all. They’re succeeding well beyond their wildest dreams. It’s you that’s dying.”

Lindy was sentenced to life in prison, whereas her husband Michael was given an 18 month suspended sentence:

We don’t believe one sole parent should take the brunt of any crime when their child goes missing. But the fact that Lindy was the last person who was with her child made her the target. This could be why she said forgiving her ex-husband was hard.

Surprisingly while the whole world had judged her and quoted her, only ONE person had publicly apologised since she was exonerated:

“Investigative reporters are far better at finding things out than the cops are. He tried to prove it and in doing so proved the opposite. “He said ‘I realised I was dead wrong, I apologise for that and now I’ll be doing everything I can to undo the damage I’ve done’.

“That meant a lot to see someone who was willing to change. “But did it make a difference to me? No, because that was his journey. It’s like mud, you can wash it off.”

It wasn’t until 2012 that Azaria’s death was officially ruled a result of her being taken by a dingo.

Lindy had other children who were separated from Lindy while she was in prison:

The mental and psychological trauma of losing a child and being wrongfully convicted of murder has undoubtedly come at an immeasurable cost: their other children have also suffered.

“Time is going to pass anyway, you can’t save it, you can’t bank it, you can only spend it. It took me 32 years fighting to get justice,” Lindy said – notice how she says “me” here, sounding lonely and struggling to fight for her truth

“In the process we got to rewrite many of Australia’s obsolete laws”….“We need to know when we’re knocked down it’s important not to stay down. Roll with the punches and bounce back.” – notice how she said “we” here, opening up her heart to get the help she needed to find a solution.

Ever the optimist, who learnt life’s hardest lessons without asking for it, Lindy said:  “It’s not what happens that counts. It’s how you choose to (deal) with what happens,” she said.

“You can choose if you’re going to live with anger, regret and revenge and miserably think yourself a victim. Or you can choose to be a hero in your own life and forgive the past and move on.

“It doesn’t happen immediately. Sometimes I go back and have to remind myself to start all over again. It isn’t easy.”

Ben Cousins: Comeback at 42 and His Troubles With the Law