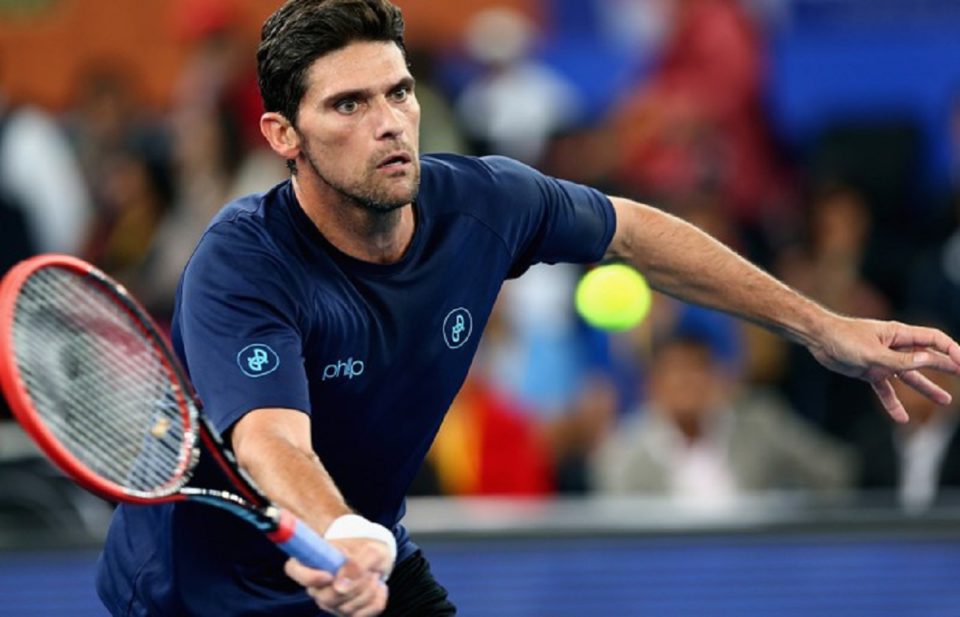 Former Australian tennis player Mark Philippoussis made shocking headlines in September of 2021. When allegations of his financial status being classified as broke or poor were released, people started to google Mark Philippoussis’s net worth, what happened to his illustrious career, and how all the money he made vanished. In this article, we explore that very topic.

Mark Philippoussis’s Financial Mistakes: How To Learn From Him!

Mark Philippoussis was born on November 7, 1976, in Melbourne is of Greek and Italian descent. Trained by his father, Nick Philippoussis, a former Greek footballer (his mother Rosanna is Italian), he began playing at the age of six. In his junior period he was also coached by Wimbledon champion Pat Cash, with whom, however, relations ended in an uneventful manner. In 1994 he finished fourth in the junior rankings and immediately became a professional.

Thanks to his physical prowess (196 cm by 103 kg), he possessed a game characterized by great power, both in the serve and in the exchange from the baseline, which earned him the nickname of Scud.

In 2009, Philippoussis announced that he was out of money and had to leave his house: “I haven’t played tournaments since 2006 and tennis is one of those sports where you don’t get paid if you don’t play”.

As of now, Mark Philippoussis’s net worth is estimated to be around 500 thousand dollars. The former athlete who once earned around $7 million (around $12 million today) from tournament winnings is now opening the world’s eyes to his fate.

Mark Philippoussis’s net worth fell down because he didn’t know what to do with his money or how to manage it.

So is Mark Philippoussis poor?

The former tennis pro had more dough on him than he knew what to do with. However, Mark Philippoussis’s life of sponsorships and tournament prize money that were flowing during his peak would come to an end with injuries. He would be forced to be sidelined after undergoing several knee operations

Now the man who said he “could take care of my family so they don’t have to work again. My father or mother didn’t have to work”, would have to depend on his family once again.

“My father had a good job in the bank business and he quit that because he said he wanted to help me fulfill my dreams — so he let go of his dreams and I worked very hard and I was lucky enough to fulfill my dreams”, said the tennis athlete who worked from 1995 to 2006.

Philippoussis had previously revealed that he struggled financially after sponsorship and tennis prize money started to dry up, the athlete stated during Channel 7 program SAS Australia. When the athlete was asked to share something he is the most ashamed of, the two-time major finalist said: “Family’s my world. It’s my priority. My everything. I had a dream to become a professional tennis player and my family put everything on the line.

So yeah, he is at least middle class now if not fully poor.

“We would always, just, for seven days in a row we’d have this cabbage pasta that ends up being one of my favorites but my mum calls it ‘poor people’s food’ because it’s so simple, it’s just cabbage with some spices and pasta.

“I felt very much ashamed because they gave their dream for me and my responsibility was to look after them. I was in a dark place and had depression. There’s no greater pain in my heart than watching my loved ones suffer because of my actions,” the former tennis pro stated to an Australian magazine.

In January 2010, Philippoussis made his comeback in professional tennis. He started at a Challenger tournament in Dallas, where he lost to Michael Yani 4-6, 4-6 in the first round. He told US media that he wanted to work his way back to the ATP tour step by step, but there were no more games at the Challenger or ATP level.

For the tournament in Newport in early July 2015, he received a wild card, but he was eliminated in the first round of qualification. He also received a wildcard in doubles with partner Ryan Harrison.

In 1998 Mark Philippoussis reached his first Grand Slam final at the US Open, which he lost to his compatriot Patrick Rafter. In 1999 he was listed in the top 10 of the world rankings for the first time and won the Hopman Cup together with Jelena Dokić in January.

On March 29, 1999 he entered the ATP top ten for the first time in his career, staying there for 11 weeks. In the most prestigious tournament, Wimbledon, he made it all the way to the quarter-finals, having to retire during a match against Sampras in the second set, after winning the first. Philippoussis’ problem was the cartilage in his left knee; in fact he had to undergo a surgical operation, performed arthroscopically on 6 July. He returned to tennis seven weeks later, but his physical condition was not excellent.

He finished 1999 among the top 20 tennis players in the world, making a decisive contribution to Australia’s victory in the Davis Cup (he won both his two singles in the final played in France, on indoor clay).

However, knee problems continued to plague him and he had to undergo two more surgeries in a short time. In 2003 he returned to tennis with a certain continuity, going as far as playing the Wimbledon final against Roger Federer. During that tournament, in the match he won against Agassi, he set the Australian record of aces, with 46 in one game, just three aces from the absolute ATP record held by Richard Krajicek.

Philippoussis broke a two-year abstinence by winning the Shanghai tournament, winning in the final against Jiří Novák. In addition, on November 30 of the same year he defeated the Spanish tennis player Juan Carlos Ferrero in the Davis Cup final held in Melbourne, winning the decisive point for the Australian victory.

However, 2004 turned out to be a disastrous year for the Australian tennis player. First a Davis Cup defeat against Sweden, then the fourth round at Wimbledon, but from this tournament until October 2004 he only won one match, plunging into one of the worst positions in the ranking ever achieved in his career since his transition to professionalism.

After practically the entire 2005 inactive, Philippousis returned in 2006 to play the Slam tournaments only thanks to a wild card, having fallen in the standings beyond the hundredth position. Slowly the Australian tennis player showed signs of recovery, even if the results in ATP tournaments tended to be scarce.

In 2006 he won the ATP Challenger of Calabasas in the USA in the final against Amer Delić.

Also in 2006, he returned to an ATP victory in Newport on the grass in the final against Justin Gimelstob.

When everything looked downhill for 2007, he broke the cartilage in his right knee during the Hopman Cup national team competition. Surprisingly Mark played the ATP 250 qualifiers in Newport several years after the last game, having obtained a wild card, but was eliminated by Eric Quigley with a score of 6-7, 6-7.

Philippoussis held the speed record for serves for a short time with 228 km / h, before he was surpassed by Greg Rusedski with 239 km / h. After Andy Roddick and then Ivo Karlović surpassed this, Samuel Groth currently holds the world record for the fastest serve of 263 km / h.

In the summer of 2007, Philippoussis took part in the show “Age of Love” on the American TV station NBC.

How to Bet on Tennis Matches: Tennis Betting Explained

Buying Motorcycle Boots? Read this Guide to Shop for the Best