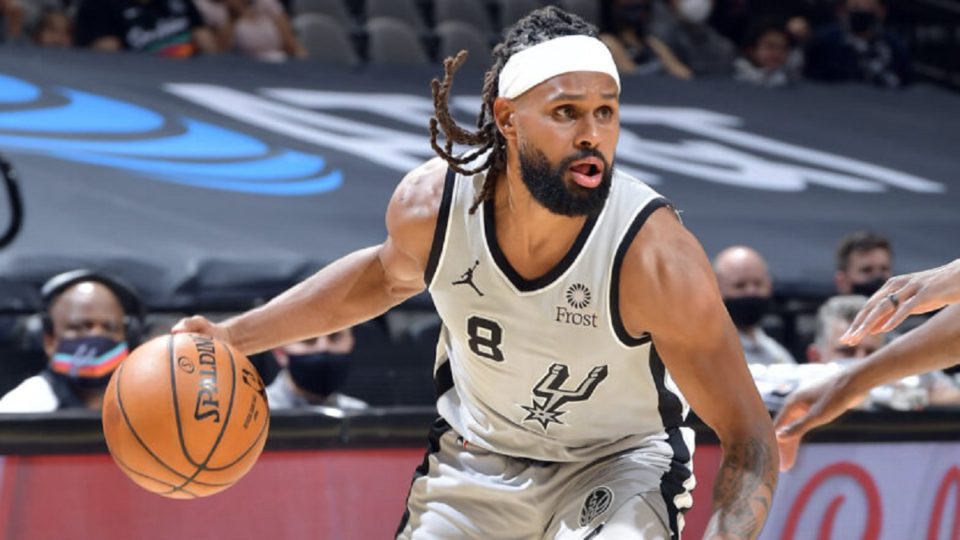 Patrick Sammy “Patty” Mills is an Australian basketball player who won the 2014 NBA championship with the San Antonio Spurs. He is known for his great three point shooting and excellent contributions off the bench. Aside from his stellar on court abilities, Patty Mills is also known for his activism for Australia’s aboriginal people. Let’s find out more about him.

Patty Mills: All You Need To Know

When was Patty Mills born?

Patty Mills was born in Canberra on August 11, 1988. His parents are Benny, a native born on a small island in the middle of Australia and New Guinea, and Yvonne, an Australian native who was part of the pitiful stolen generation of his country.

Who makes up Australia’s stolen generation?

The stolen generation was a part of Australia’s most horrific stage. For a decade, more than 15,000 Aboriginal children were deprived of their families and handed over to churches and institutions. The episodes experienced by his parents gave Patty a very broad vision of the world and from the age of 12 onwards he began to be interested in these circumstances and to study each ramification of the matter.

Luckily not everything was a crisis. Patty Mills fell in love with basketball from a very young age. In the 1980s his father opened a free indigenous basketball club for all those children who did not have the means to practice it. Of course, Patty started training there at the age of four. Mills was tall and had an innate talent for sports. Apart from playing basketball, he liked rugby, Australian football, and track and field.

Among so much physical activity, the sports he was most passionate about were basketball and soccer. So much so that at age 16 he received an offer from the Sydney Swans of the Australian league. They saw in Patty the potential of a future star.

Strikingly, the Australian declined the invitation. He was convinced that he wanted to be a basketball player and a social activist. So it was that around the same time he started playing with Canberra Cannon, a professional NBL team. In 2004, his life began to be oriented towards that discipline. He dropped out of school and went to the Australian Institute of Sport, famous for training the best in the country. Ethics, discipline and perseverance were the teachings given by  his teachers.

When did Patty Mills start getting noticed?

The eyes of the country began to focus on him the following year at the  Australian Olympic Youth  Festival. There he excelled dramatically. It was the most prestigious competition for boys of his age and this gave him the chance to be called up to the Australian national team.

From then on the good news did not stop coming. The Australian team qualified for the Youth World Cup after a win against New Zealand and was invited to be part of Team World that would face Team USA at the Nike Hoop Summit, another showcase for future promises. As if that wasn’t enough, Patty was called up to Australia’s senior team to play the 2006 World Cup. In addition, the point guard won the award for the best junior player of the year and the most promising talent in the country.

Where did Patty Mills study?

The one from Oceania had made the world notice him. His country was beginning to outgrow him and he had to make a difficult decision: stay there or make the leap to the United States to raise his game to unthinkable levels. It would have been difficult for him to make the NBA if he continued playing in Australia. Fortunately, he chose to attend college in America and accepted a full scholarship from Saint Mary’s University in San Diego, California. Patty debuted in the 2007-08 season and from minute one, became an integral part of the team.

In his first year, he responded to expectations and averaged 15 points and 3.5 assists. He was voted his conference rookie of the year and point guard for the best WCC team. “He’ll be professional for sure. He reminds me a lot of Parker from the Spurs,” his coach, Ernie Kent, said at the time. According to the expected evolution, Patty increased her numbers the second season. He went from 15 to 18 points and from 3.5 to 4 assists per game. He was again selected for the best team in the WCC, and it became one of the interesting projects of the 2009 NBA Draft.

Since everything in his life wasn’t basketball, Patty went through a wild time in the months leading up to the draw. He went to Australia to be with his parents. He wanted to come up with a plan for everything that was about to happen. He needed calm and they were what always provided it.

Who drafted Patty Mills into the NBA?

With his mind in order, he returned to the United States and trained with five NBA teams to show that his potential was not only of the NCAA. The players he faced in the draw were some of the best: Stephen Curry and Jeff Teague for example. Finally, with pick number 55, the Portland Trailblazers selected him and settled the uncertainty that surrounded him.

His low pick in the draft was compounded by another bad one: he suffered an injury to his right foot that forced him to miss the Summer League. Things seemed to be going from bad to worse, life was testing him. With rehab through, Mills was assigned to the team’s G League affiliate Idaho Stampede and made his debut on the first day of January. Determined to silence the criticism, Patty broke out that night, scoring 38 points and dishing out 12 assists.

When did Patty Mills join the San Antonio Spurs?

After a lockout in which he had to return to Australia, Patty took his talents to the San Antonio  Spurs, who saw in him a clear potential as a good back up for legendary point guard Tony Parker. Since then, Mills has grown to become one of the best role players in the NBA. He went from being the one who shook the towels to contributing valuable many minutes and being one of the most potent scoring threats off the bench. Even when stars such as Tim Duncan, Tony Parker, Manu Ginobili and Kawhi Leonard sat on the bench, Mills kept the scoring going.

His peak was in the 2014 NBA Finals, where he entered from the bench to score 17 points in Game 5. Thanks to his performance, San Antonio would win that game and be proclaimed NBA champion.

What activism is Patty Mills involved in?

Despite his fame and talent, Patty never forgot his origins. He took advantage of his status to advocate for the rights of indigenous Australians. Mills believes in the importance of continuing to fight racism in his country and in the world. According to statistics, one in five people in Australia was a victim of discrimination and three out of four indigenous people regularly experience racism in their daily lives.

“It is difficult because I am a role model, I represent not only Australians of color, but all Australians. I play for my country and I am proud of who I am. That is why I am outraged that racism continues to be talked about, We have to eliminate that. Its history is stellar and full of fame, but also of incessant struggles on behalf of the Australian people. It teaches us to believe in values ​​and to fight for the benefit of the weakest. To learn from the past, you have to keep it alive and never forget it”, said Patty Mills.

The USA to Open Borders to Vaccinated Travellers on 8 November

Dean Laidley: From the Junkyard Dog to a Trans-Woman