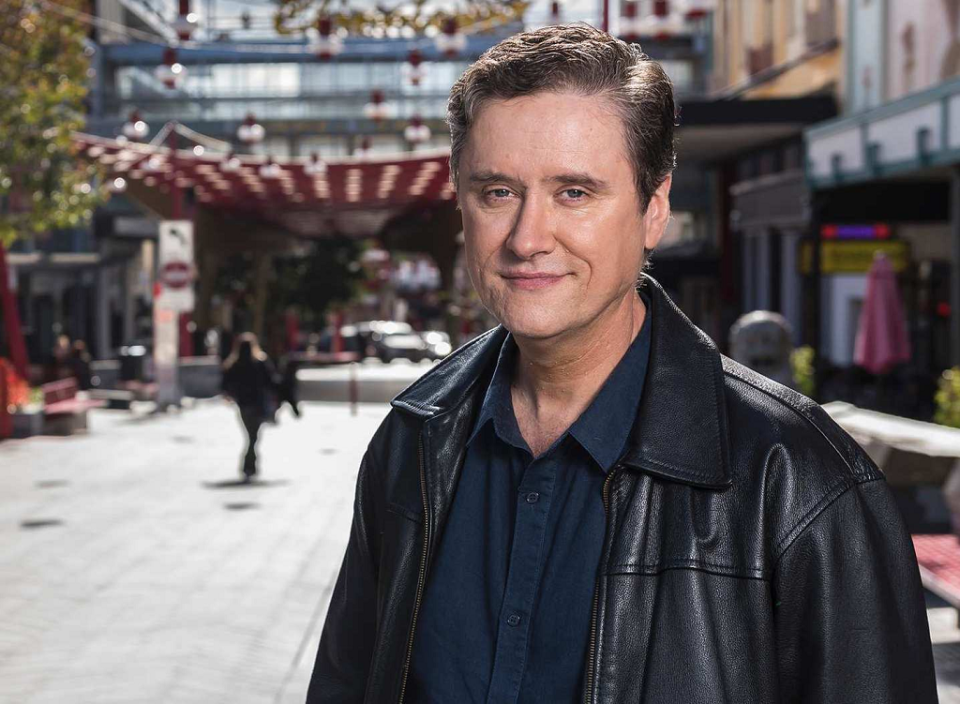 Richard Fidler: All You Need to Know

How did Richard Fidler rise to popularity in Australia?

Richard Fidler rose into the Australian public eye during the 1980s when he was a member of the comedy musical group Doug Anthony All Stars (DAAS), with Tim Ferguson and Paul McDermott. Richard Fidler played guitar in the group and his instrument of choice was a black Yamaha APX 9-12 which is tuned to D standard (D-G-C-F-A-D). His acoustic guitar was in standard tuning though when he performed live at the National Theatre (New York). When DAAS covered the Sex Pistols classic “Anarchy in the UK”, Richard Fidler played a generic electric guitar with standard tuning. DAAS split up in 1994.

How did Richard Fidler start his broadcasting career?

Fidler started his television broadcast career on shows such as Race Around the World, Aftershock, Mouthing Off, and Vulture. Richard Fidler moved to Brisbane in 2005 and started hosting the 7 pm to 10 pm shift on ABC Local Radio station 612 ABC Brisbane. He then moved to the 11 am to 3 pm shift on 612 ABC. The first hour of the show purely consisted of a long form interview show called Conversations. It was broadcast on 702 ABC Sydney. Since 2012, Richard Fidler has focused his energies on Conversations and become nationally renowned for it.

How successful is Richard Fidler’s Conversations?

The show is broadcast Monday to Friday on ABC Local Radio across Australia except for the state of Victoria. It’s also broadcast on ABC Radio National. Ever since it became available in the podcast format as well, it has gone on to become one of the most downloaded podcasts on iTunes. In 2018, Richard Fidler was joined by ex Radio National arts journalist Sarah Kanowski as a co-host of the show. Fidler hosted the show from Monday to Wednesday while Kanowski was in charge on the other days.

What are some of Richard Fidler’s awards?

Richard Fidler won the Churchill Fellowship in 2011. He was chosen for this award because of his work towards investigating new forms of public radio in the United States and the United Kingdom.

His book Saga Land, which he co-wrote with Kari Gislason was selected as one of the nominees for the NSW Premier’s Literary Awards, Douglas Stewart Prize for non-Fiction.

Richard Fidler’s The Golden Maze was nominated for the General nonfiction book of the year award during the 2021 Australian Book Industry Awards.

What is Richard Fidler’s political affiliation?

In 2001, Richard Fidler became a member of the national committee of the Australian Republican Movement. He also served as the chairperson for the Movement’s Constitutional Issues Committee. He held office for six years till he resigned in 2007.

How Old is Richard Fidler?

Richard Fidler was born on November 13th, 1964, making him 56 years old as of the publication of this article.

Where did Richard Fidler go to school?

Yes, he married Khym Lam in 1993. The couple has two children.

Does Richard Fidler still do Conversations?

Richard Fidler has hosted his national radio show Conversations with Richard Fidler for more than 10 years now. It’s an hour long interview program that is broadcast on ABC Radio. The Conversations is enjoyed by Australians in podcast format as well and receives over six million downloads a month. Conversations consists of in-depth interviews with local and international guests from all walks of life.

How can you listen to Richard Fidler’s Conversations?

Conversations can be heard on ABC’s Radio National as well as a podcast via the ABC Listen App, Google Podcasts and Apple Podcasts.

How did Richard Fidler get burned?

Richard Fidler suffered burns on both his hands as well as on parts of his right arm during a cooking accident. The accident happened inside Richard Fidler’s house as a result of a box of matches that caught fire from the flame of a cooking pot.

Which are some of the books written by Richard Fidler?

Aside from his job as the host of Conversation, Richard Fidler has also authored books such as the DAAS Kapital (1991), DAAS: The Edinburgh Years (1991) and Doug Anthony All Stars Ultimate Collection (2009).