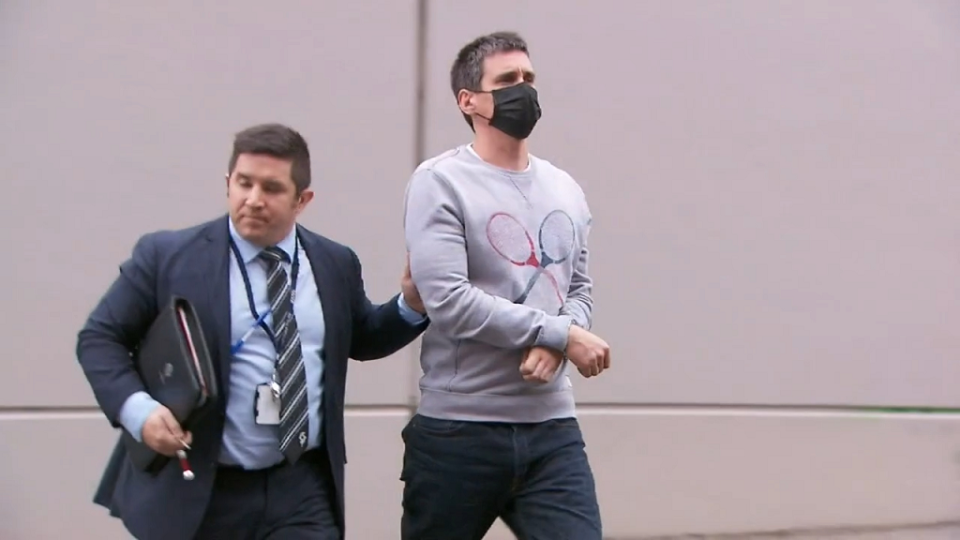 The scandalous charge of public decency concerns Richard Pusey who filmed a minute-long video of dying police officers, including Senior Constable Taylor who was lying on the road “moaning” in pain.

The court heard he did not assist the police – instead, he zoomed in on their fatal injuries while making disturbing comments. When asked by first responders to help the dying officers with helpful acts such as holding a blanket, Pusey still continued filming. His case is the first time the outrageous public decency offense has been officially charged in Australia. Here are more facts about Richard Pusey’s sentencing, Richard Pusey’s time in jail and more.

Richard Pusey Case: What Would You Do When Heroes are Vulnerable?

Why is Richard Pusey going to jail?

Porsche driver Richard Pusey was sentenced to 10 months in prison for Eastern Freeway after being found guilty of contempt of public decency – a first in Australia – for filming and “harshly” taunting four officers who were struck by a truck on April 22 of last year.

In addition to this, Richard Pusey also pleaded guilty to going over the speed limit while traveling 149 km / h on the 100 km / h highway near Kew, as he slipped dangerously between the cars.

He admitted to having engaged in reckless driving that endangered serious injury to other motorists while driving at high speed, as well as in possession of drugs, including MDMA and ketamine.

How much time will Richard Pusey do?

In terms of time in jail, Pusey will only spend a few more days in jail. This is because Judge Trevor Wraight noted that the 296 days he was already in jail would count as time served. However, he will not yet be free as he is still in detention on other pending criminal cases – such as deadly reckless driving as well as in possession of drugs, including MDMA and ketamine.

Who were the four officers in the Richard Pusey case?

The grieving husband of a female Victoria police officer who was recorded on the 42-year-old Porsche driver’s phone as she died on the eastern highway called his 10-month sentence “too lenient”.

“This is the expectation of the community. If the court sets that level of punishment in a case that is too lenient, parts of our community now understand that they now have a benchmark for acceptable behavior. “

Judge Wraight described Pusey’s conduct as “heartless, cruel and shameful” during today’s sentencing hearing, noting that his case represented a “serious example” of outrageous public decency. He stated that it was only derogatory and horrible, but called his conduct callous and reprehensible.

“A normal human reaction for a person coming on a stage like this would be to phone triple zero.

“What you did, however, was film the scene with continuous commentary. “

The judge added that Pusey appeared to “enjoy” the destruction of the police.

“He can also be described as extremely callous and heartless,” he said.

“Your focus was entirely on yourself. “

However, the judge concluded that Pusey had “genuine remorse” for his conduct after the accident.

The Porsche driver would go on to describe his own actions as “derogatory” and “horrible” and Constable Josh Prestney’s father said the family “acknowledged” Pusey’s apologies for his actions, but did not say whether they accepted them.

“I don’t think it’s going to change that person,” Andrew Prestney said in court. He added that the family were just “relieved” at the conclusion of the court process.

Judge Wraight said that although what he did was wrong, we can ignore the fact that certain people observed that Pusey was in “shock” and visibly distressed as a result of the crash.

The judge also added that Pusey had not uploaded any footage of the crash to social media.

But the police aren’t hearing it:

“When his day comes, I hope he will face the same coldness and the same callousness he has shown my members to theirs,” he said.

“Four honest heroes died that day, and this coward, a soulless coward, lived. Although the driver didn’t commit any crimes, it sounds unfair. But he is still currently “Australia’s most hated man”

“The judge made some remarks from Mr. Pusey himself where he reflected on his own worth. This may be the only thing I will ever agree with Mr. Pusey on. “

Richard Pusey’s house is being egged:

The Porshe driver was in court via a video link from the prison and the court heard yesterday a report from Victoria Corrections that said Pusey was too high profile and “unpopular” to serve his sentence in the community.

Judge Wraight said he was “astonished” by the attitude of the correctional services, calling the findings which deemed Pusey unsuitable for a community order as “quite disturbing”.

At a hearing last month, this statement followed Judge Wraight’s remarks that Pusey appeared to have become “Australia’s most hated man”.

As a result of the accident, Pusey’s house was vandalized and egged on. He was also the victim of a number of threats, which affected his mental health.

The court also recently heard that Pusey is in need of ongoing psychological and psychiatric treatment due to his personality disorder. His driver’s license was suspended for two years and he will be fined $ 1,000 for his reckless driving.