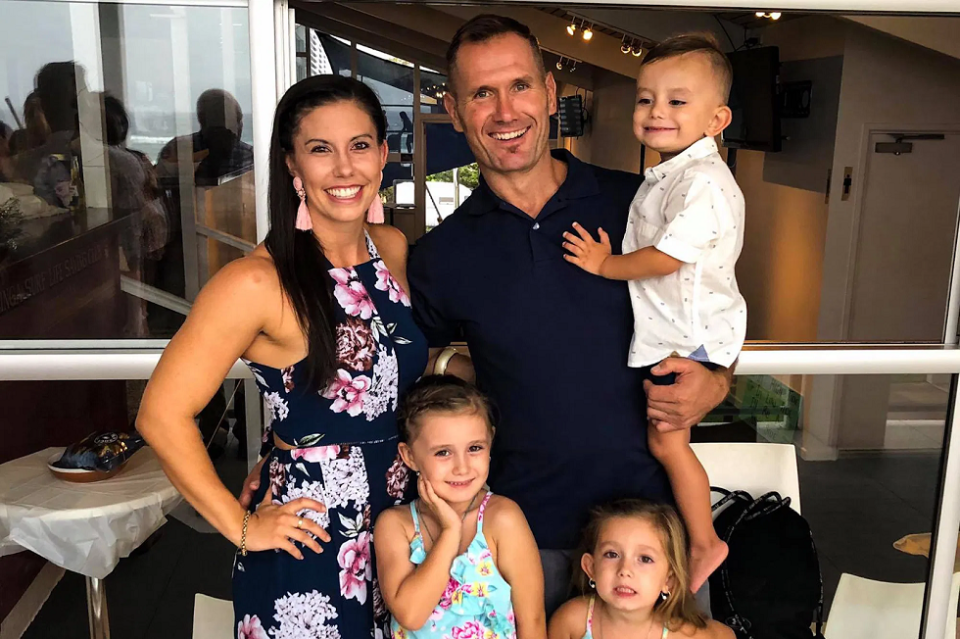 Rowan Baxter is a former Australian rugby player who is notorious for setting his wife and kids on fire, killing them in the process. The successful former pro seemed to have the perfect life, with three kids and a happy wife. However, things turned dangerously worse as he set his family on fire and committed suicide by stabbing himself. Let’s find out more.

Rowan Baxter: How Did it All Go So Wrong?

Was Rowan Baxter a cheating misogynist?

The former Australian pro rugby player who brutally burned his wife and three kids to death was a dangerously possessive misogynist who was also brazen and shameless enough to cheat on his wife with multiple women.

How old was Rowan Baxter at the time of his death?

Rowan Baxter was 42 when he stabbed himself to death after setting his wife and kids on fire. His wife Hannah Clarke, 31, and his children — Aaliyah, 6, Laianah, 4, and Trey, 3 all died as a result of the incident.

What did Rowan Baxter’s relatives say about him?

Rowan Baxter’s relatives admitted that he was a dangerously vile misogynist who struck “fear” into the family because of his “dangerous sense of possession” over his wife and kids.

“Rowan has been raised … to think that women are two things: to be the house cleaner and to be a prostitute,” Baxter’s cousin Sandra Taylor, blaming his “father and his father, and it goes onwards.”

In another interview, she claimed he was also openly cheating on his wife.

“We were at a family barbecue and he was at the grill and I walked over to him and he was sending hundreds of texts to other women,” Taylor said. “I know Hannah believed she wasn’t the only one.”

Taylor — Baxter’s first cousin on his mother’s side — said that even she was left terrified when she reached out to support Clarke when she first left Baxter, whom the terrified wife later accused of stalking her.

“It was just fear, complete fear,” Taylor, 45, told 9News of how her own cousin made her feel.

“He was continually walking past my store,” she said, adding it was the same shopping area where the wife he would kill also worked.

Speaking to the press, she said that she was “shaken” by the horrific murders, but insisted they did not “surprise her.”

“This was a man with a level of hatred and disrespect for their mother so great that he would make this choice — the most horrifying and despicable of choices.”

Who is Hannah Clarke?

Hannah Baxter (née Clarke) was the wife of Australian pro rugby player Rowan baxter who was burnt alive in a petroleum fire in her vehicle, alongside her three kids, in a fourway murder-suicide by Rowan Baxter, on 19 February 2020 in Camp Hill, Queensland. The killings started a public discussion about abusive behavior at home in Australia, after reports arose that Baxter had a past filled with brutality and misogyny and had been exposed to a DVO (domestic violence order) and child custody orders in themonths leading up to the triple murder.

Hannah Clarke met Rowan Baxter in 2009. She was just 19 years old at that time and Baxter was 30. Baxter, a previous rugby league player, was recently hitched to another lady. He proposed to Clarke in 2011 and they got married a year later in Kingscliff, New South Wales. They had three kids: Aaliyah, 6; Laianah, 4; and Trey, 3. Reports arose after the homicides that Clarke had supposedly been mentally, physically, financially and sexually abused by Baxter during their marriage.

Baxter was exposed to a DVO after he supposedly abducted Aaliyah on Boxing Day 2019. He had dismissed his legal counselor’s recommendation in intervention and wouldn’t sign a consent form offered by Clarke permitting him 165 days of guardianship a year. The DVO was fluctuated in the Holland Park Magistrates Court in January 2020, returning Baxter’s full custody of his youngsters. The couple at that point went to intervention, with Baxter declining to sign the consent form which would secure guardianship of the youngsters. He in this manner consented to a nurturing arrangement that gave him a similar degree of access which was not legitimately restricting. This privilege was denied toward the beginning of February when police accused him of breaking the DVO. Meanwhile, Hannah Clarke kept using her maiden name more often than her married name.

How did Rowan Baxter kill Hannah Clarke and her children?

On 19 February 2020, Baxter set fire to the car that Clarke was using to drop their kids at school, rapidly consuming the youngsters as they were restricted by the safety belts in the back. Clarke had the option to make it out of the vehicle and supposedly told observers that Baxter had poured petroleum on her. While the vehicle was burning, Baxter tried very hard to stop onlookers from putting the fire out until he stabbed himself to death. Clarke was raced to the Royal Brisbane Hospital with over 97% of her body completely burnt. She died from her burns later. An onlooker who tried to help was also hospitalized with burn wounds.

What has happened to Rowan Baxter?

When he died, Baxter was due to face the Holland Park Magistrates on charges of breaching the DVO. He was found at the murder scene with burns and self-inflicted knife wounds. The children died in the back seat of the car. Ms Clarke died in hospital hours later.

What is the legacy of Hannah Clarke?

In March, Clarke’s family started the ‘Little Steps 4 Hannah’ foundation in memory of the deceased Clarke and her children. The foundation’s mission statement is to “put a HALT to the incidences and severity of domestic and family violence in Australia”.

On 23 February, more than 1,000 individuals accumulated to grieve for the family in a public vigil held at the Bill Hewitt Reserve in Camp Hill. A little portion of the same place was subsequently memorialized as ‘Hannah’s Place’ with a sign, cover and recently planted trees. On 8 September 2020, ‘Hannah’s Place’ was inaugurated by Coorparoo Councilor, Cr Fiona Cunningham alongside Clarke’s family, on what would’ve been Hannah’s 32nd birthday.

Clarke was named one of Marie Claire Magazine’s Women of the Year’ in their December 2020 issue. She was given this posthumous honour for raising awareness towards the malice of coercive control in Australia.

Dean Laidley: From the Junkyard Dog to a Trans-Woman