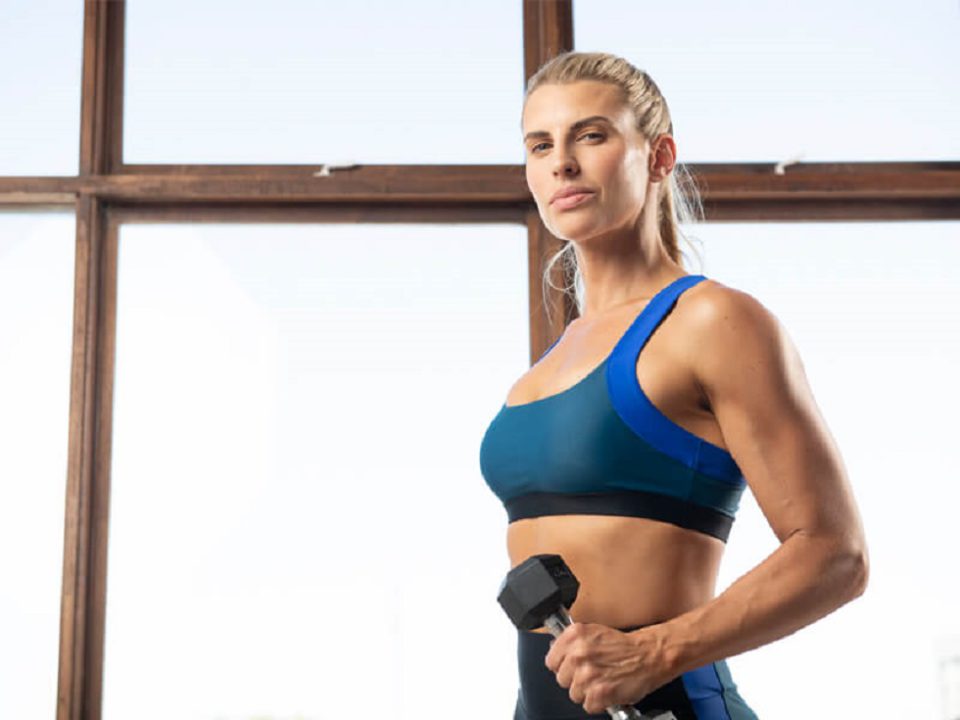 In May 2021, Tiffiny Hall revealed her diagnosis with Myalgic Encephalomyelitis/Chronic Fatigue Syndrome (ME/CFS)

According to an interview with Current Affair, she said: “I went to the hospital multiple times. And I was, you know, things got so bad, I had my mum and a friend move into the house full time, because I could not get out of bed to look after my son,”. This is the fitness guru who had just achieved about everything in the fitness world – she was a trainer on The Biggest Loser, a gladiator, and runs her own program TIFFXO.

She said this had to be her greatest challenge yet.

Tiffiny Hall’s mum taught her about exercise, dieting and taekwondo:

Health expert Tiffiny Hall is “like mother, like daughter”. She insists her family’s good health isn’t just the result of lucky genes: it comes down to “years of consistency” with their exercise and nutrition.

The creator of the online program Tiff XO, recently shared an Instagram photo alongside her mother that makes it clear where her love of fitness comes from.

Her mother Jeanette explained on Today Extra that she exercises for 30 minutes to an hour every morning, and has a long history of competing in taekwondo as she owns a Taekwondo centre headquartered in Brunswick. This was clearly a passion that she passed down to her daughter, who is also a high-ranked black belt.

“[When I was growing up] I saw my mum doing martial arts, doing a sport that was ‘meant’ for men only,” Hall said. “I saw her empowering women through fitness and that’s what I wanted to do.”

The Biggest Loser coach also added that the healthy habits she advises on Tiff XO — which she talked about in more detail in her interview with Coach — were directly inspired by her mother.

“We never had scales in the house. I’ve never known my mum to diet,” Hall said. “It’s always been about healthy, whole foods to fuel your body and do exercise that you love, and exercise is a reward for your body and never a punishment.”

Speaking of her mom, this was how she grew up:

Tiffiny came into this world in Melbourne, Victoria to a Martin and a Jeanette Hall. She is the oldest of three siblings, Bridgette and Lleyton. The Biggest Loser coach grew up in the suburb of Essendon. Her parents, Martin and Jeanette Hall, own a Taekwondo centre headquartered in Brunswick. Aussie fitness coach Tiffiny Hall attended Lowther Hall Anglican Grammar School, where her English teacher was Australian writer John Marsden.

The future creator of the online program Tiff XO,  graduated from the University of Melbourne in 2007 with a Bachelor of Arts (Media and Communications) majoring in creative writing and print journalism, and a Diploma in Modern Languages (French).

The health expert also practises the Korean martial art of Taekwondo and is a Sixth Dan Black Belt.

According to online sources, she is also a qualified personal trainer with a Certificate III & IV in Fitness and a Diploma of Sport Coaching with a specialization in martial arts

In 2010, the future fitness instructor joined the morning television show The Circle as a regular health and fitness presenter and weight loss coach to host Chrissie Swan.

In 2011, Tiffiny became a part of The Biggest Loser: Families as the newest addition to the full-time cast of trainers in the sixth season of the show. During the show’s three months on air, she wrote an article for the official Biggest Loser website and a weekly column for the magazine OK!. The Aussie trainer returned to train the White Team in The Biggest Loser Singles for the 2012/13 series.

Tiffiny Hall and new hubby Ed Kavalee released a book entitled “A First Time For Everything” which is about their first year as parents in 2019. Before that, Tiffiny Hall wrote another non-fiction book Weightloss Warrior: How to win the battle within was released in April 2011. She also launched her third and fourth health books, Fatloss For Good, and a cookbook called Lighten Up, in 2012. In terms of children’s novels, Hall released the White Ninjai in 2012. This was the first in her Roxy Ran trilogy of children’s books published by HarperCollins. The sequel Red Samurai was released in April 2013 and the third, titled Black Warrior, in March 2014.

It was a case of “love at first angel wings” when comedian Ed Kavalee first laid eyes on Tiffiny Hall for the first time.

“Back then, she was competing on the Channel Seven show, Gladiators as Gladiator ‘Angel’ and I went onto the set to interview her,” Ed says.

Unfortunately, the comedian made somewhat less of an impression on the Biggest Loser coach.

“She actually doesn’t remember meeting me,” says Ed with a laugh.

“I was in the zone and ready to compete,” explains Tiffiny, the founder of popular online health and fitness program TIFFXO.com. “I was about to go into combat, so forgive me if I wasn’t in the mood for flirting! “But Ed had me back on his radio show after I finished filming, and that’s when I asked him out for dinner.

“I liked the fact that he seemed so down-to-earth. He was just keeping it real.”

Tiffiny and Ed have long shared a passion for a healthy lifestyle:

“I cook mostly, and I cook the food on Tiff’s program, TIFFXO,” says Ed.

That’s not to say, though, that it’s a case of “the couple who work out together, stay together”

Adds Tiffiny: “We have a rule that we never go to the gym together – ever!”

Complicated birth of her first child:

The health expert welcomed baby boy, Arnold, just under two weeks ago, and now she has revealed she ‘didn’t even notice’ she was in labour.

Speaking to Kidspot, new mummy Tiffiny Hall,whose husband is comedian Ed Kavalee, stated that the arrival of her first child was swift.

“We got to our weekly appointment and my obstetrician said, ‘Oh, you’re 2cm dilated, you’re in labour!’ And I said ‘Oh, am I?’ I didn’t even notice. And then it was all happening from there, within two hours I had Arnold.”

The creator of the online program Tiff XO went on to explain that their baby boy’s arrival was complicated by the fact that his heart rate dropped prior to birth, and he had the umbilical cord wrapped around his neck. This meant that although his arrival was swift, it was incredibly painful.

“So I didn’t have any time to enjoy the epidural, they pretty much flung me back, my legs went up in the stirrups and I had to start pushing,” Tiffiny told the publication.

When talking about the contractions, the health expert said they were ‘off the scale’ in regards to pain.

“I did not expect it to be so painful. I’ve done a lot of painful things in my life training wise and pushing myself but nothing can ever compare to that,” she said.

She broke her ankle while tripping over one of Arnold’s toys:

“I couldn’t put any weight on it. I couldn’t even pick up or carry Arnold,” Hall told news.com.au.

“I had to hire a nurse to help me, because Ed is gone by four in the morning [Kavalee hosts breakfast radio in Melbourne]. It was a real hurdle for my health and fitness.”

“But in the end I was very happy to have the opportunity to have such a hurdle, because it did show me there are no excuses you can still move. I did seated workouts. I made it work and now I’m finally feeling stronger again.”

The creator of the online program Tiff XO recently launched her online fitness program around the time her son Arnold was born last year.

Back then, her strength was so diminished that the former Gladiator and Taekwondo black belt, who used to swing from ropes and showed off an insane set of abs, could not complete one push up on her knees.

After getting the all-clear from her doctor, the health expert was back doing her own high-intensity 20-minute workouts six days a week. By mid-January, Tiffiny Hall had lost 21kg and could smash atleast five push-ups in a row.