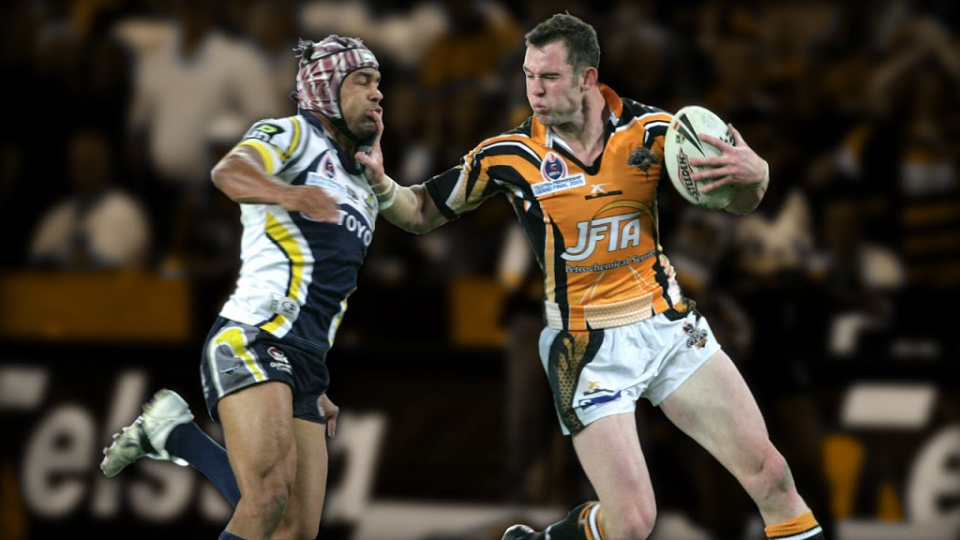 Wests Tigers is a professional rugby league team from Australia based in Campbelltown and Leichhardt, New South Wales. The club was launched at the end of 1999 and it is the result of the merger of two Sydney clubs: the Balmain Tigers and the Western Suburbs Magpies. Since its creation, the club has been evolving in the NRL. The official fan group created and wants to be called by the name of Wests Tigers Fanatics. Here are 6 other things you should know about the Aussie rugby team:

Wests Tigers: 6 Things About The Rugby Team Fans Should Read!

1. The club culminated from a merger of the Western Suburbs Magpies and the Balmain Tigers:

The team participated for the first time in the league in the 2000 season, finishing in 10th position.

During its history, the club has achieved 1 national championship in the 2005 season.

Until 2005, the fans of the new team had to wait until the first participation in the play-offs. But then the Tigers marched straight through to the Grand Final and defeated the North Queensland Cowboys with 30:16. A permanent establishment as a top team did not succeed, however, since winning the title, the team only survived the regular season twice.

In 2006 they participated in the World Club Challenge but were defeated by 30 to 10 by the Bradford Bulls.

At the start of 1999, they worked hard to find new sponsors and new sources of funding for the 2000 season. Balmain had to sign with Parramatta, the Magpies with Canterbury, however, finally at the last moment  the teams found that they had a lot of points in common and decided to combine forces.

The following year, the new team was formed and the NRL opened its doors. The Magpies and the Balmain Tigers were two clubs in the Sydney area who were also members of the NSWRL, the precursor of the ARL, now called the NRL.

The club’s headquarters are based in Concord, NSW while this rugby group’s fans are based in Balmain, Ashfield, and Campbelltown.

4. The team plays at home in the Leichhardt Oval, with a capacity of 20,000 spectators:

The team chose to own two stadiums, in order to best satisfy its supporters so they went with the Campbelltown Sports Stadium, 50 km southwest of Sydney, and the Leichhardt Oval, located 6 km west of Sydney, respectively the former Western Suburbs Magpies and Balmain Tigers stadiums. The Wests Tigers played 6 home games at Telstra Stadium (the former Stadium Australia) and one game at Jade Stadium in Christchurch, New Zealand During the 2005 season.

The name and logo of the club come from the combination of the names and logos of the two founding clubs.

Likewise, the team colors are an amalgamation of the black and white of the Western Suburbs Magpies and the black and orange of the Balmain Tigers. It was decided to place it on the jersey, to ensure that the emblem of the Magpies does not fall into oblivion.

6. The Tigers won their first championship in 2005:

In what many called a true “fairy tale”, the Wests Tigers contradicted the predicted disastrous season for the club.

Many specialists predicted a disaster seeing it already in the depths of the standings from the start of the season.

Until their victory in 2005, the club had won only one trophy, the World Club Sevens in 2004. By merging the results of the two founding clubs and including the 2005 championship, the Wests Tigers are today the second most successful team marked in the history of the Australian rugby union, with a total of 16 championships, four lengths behind the South Sydney Rabbitohs.

After their victory over the St George Illawarra Dragons, the club took on the role of favorites. In line with predictions, they beat the North Queensland Cowboys (30-16) in the Grand Final. The team captain, Scott Prince, took home the Clive Churchill medal who came to dedicate his season. A lot of great players adorned the Tigers jersey, such as Ben Galea, John Skandalis, and Benji Marshall.

During the Grand Final, one of the best tries was shot by winger Pat Richards. Benji Marshall, who received the ball, started the race after a 98-meter cross by Brett Hodgson. Benji Marshall obliterated two Cowboys opponents and began a 60-yard run, brutally stopped by cowboy rear Matt Bowen. He sent the ball flying to Pat Richards who thereafter pushed Rod Jensen back and flattened in the in-goal.

This first championship won after first participation in the finals, gave the club a special place in the annals of Australian rugby union history. Only two other teams had achieved such a feat are: the South Sydney Rabbitohs in 1908 and the Newtown Jets in 1910.

5 Most Stunning Places to Visit in Victoria