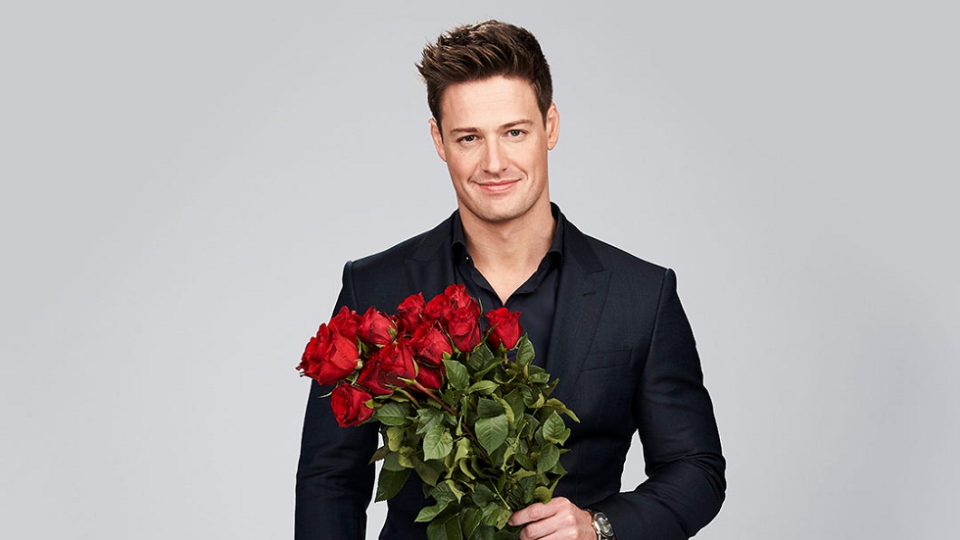 Matt Agnew has been hard to find since his relationship with Chelsie McLeod fizzled out last December, and now you don’t have to wonder what happened to Matt Agnew because we are here to update you! He had been missing in action since the seventh season of The Bachelor Australia which premiered on 31 July 2019. The pre-covid season featured the ever so handsome Matt Agnew, then a 31-year-old astrophysicist from Melbourne, Victoria, courting 28 women. Since his time on The Bachelor (Australian season 7) Matt has kept a low profile and mainly uses his social media platforms to exclusively post space-related content and adorable pictures of his dog, Pluto – yeah, he really loves planets!

Who is Matt Agnew?

Matthew T. Agnew has three siblings and looks up to his parents, who have been happily married for over three decades.

To say that this Bachelor is smart is an understatement – Matt Agnew has a double degree in science and engineering from the University of Western Australia, and a Master of Science in Astrophysics from Sweden’s Lund University.

According to Matt Agnew’s LinkedIn profile, this Bachelor has been a Ph.D. candidate at the Centre for Astrophysics and Supercomputing at the Swinburne University of Technology in Melbourne.

The self-professed “Spaceman” isn’t just handsome and smart, he is also into yoga, cooking, AFL, and ice cream.

What was his former career about?

Contrary to one Bachelor contestant’s assumption, astrophysics – which is a branch of astronomy – should not be mixed up with astrology. Astrology actually involves star signs and horoscopes and if you’re into that, Matt is a Leo, by the way

Back to his former career, bachelorette Abbi got confused when she first met Matt, exclaiming “I’m a Gemini” when he revealed his job – Yikers!

As an astrophysicist, Matt’s former job involved a branch of space science that applies the laws of physics and chemistry to explain the birth, life, and death of not only stars but also galaxies, planets, nebulae, and other objects in the universe.

“There’s a lot of things under the astrophysicist umbrella,” Bachelor Matt told 10 Daily, which sounds like a bit of an understatement to us!

“My specific research is about planetary science, so the stuff I’m doing is trying to figure out where another planet like Earth could exist, so we could actually look and find it,” he added.

So, could Matt find humans a new home if we don’t take care of this one?

In 2021, the handsome astrophysicist shared a rare photo of himself on social media, but the former clean-shaven Bachelor looks nothing like he did back in the mansion.

Matt Agnew pictured at the Docklands featured a new clean-cut look that has been substituted for one that’s far more rugged – not only has he grown his hair out looking like a handsome prince but his muscles are practically popping out of his NASA T-shirt and also in this baby blue shirt!

It didn’t take long for the compliments to come rolling in the comments section- and to say some were thirsty is an understatement. Even former Bachelor season six star Brooke Blurton complimented him saying: “Loving the hair! Looks great!”

He took the break up hard:

Matt has laid relatively low since his time on The Bachelor and two months after the finale Matt and his winner Chelsie parted ways but the astrophysicist told the Herald Sun that he wasn’t in “great shape” after leaving the Bachelor mansion.

“It was very intentional,” he said of his decision to step back from the limelight.

“It was an element of normality I was seeking, but the big thing for me was I was just putting myself back together.

“I did not come out of both the show and the relationship in great shape and I needed time with my close friends and family to pick myself up and put myself back together, really.”

The Aussie Bachelor released a statement in November 2019 saying their relationship hadn’t translated into the real world, prior to going silent.

“That’s life and that’s dating, and relationships sometimes don’t work out but it’s an experience…You do try and find whatever positive things you can find from it but the experience certainly helped me grow as a person.”

He also admitted that he was so anxious about the backlash he couldn’t bring himself to release a statement:

“I was dreading it. I put together my words and they were something I gave a lot of thought to make sure I was conveying my feelings correctly,” he said.

“I actually got a friend to post it because I couldn’t do it myself……“I didn’t want to deal with comments, I didn’t want to deal with DMs and all that, and I’m really glad I did…….Everyone says don’t read it (the comments), and you can do it 99 per cent of the time, but you have that one per cent, that one moment of weakness and you read something and you completely capitulate.”

During the tear-jerking finale, speaking on her tell-all podcast It’s A Lot, Abbie, 25, said: ‘I told a man that I loved him after like, two months on The Bachelor. That’s quite unwell. That’s not right in the head……’I still cry about him sometimes. That’s going to be a Daily Mail headline – that’s fine. Give me free advertising for the podcast, thank you!’

Yes, it’s fair to say that appearing on the show, Abbie has become incredibly successful in her own right. The Bachelor (Australian season 7) contestant was crowned queen of the jungle on the most recent series of I’m A Celebrity… Get Me Out Of Here!, developed her own podcast and partnered with the adult brand Vush to produce a personalised sex toy.

But coming back to The Bachelor (Australian season 7), despite being thoroughly confident he would choose her, Matt said his ‘heart belongs to someone else’ during the final in South Africa – chose fellow chemical engineer Chelsie instead. A year after her on-screen heartache, Abbie uploaded an emotional Instagram post thanking her ex-Matt for the journey they shared together.

She wrote: ‘Finale was filmed a year ago, how?! It’s been the toughest but most rewarding year of my life and I’ll forever be grateful to the experience and also to Matt…..’It changed my life, and the adversity faced during and after the show is the reason I get to do what I love, and also the reason I got to look the hottest I will ever look.’

‘I was so scared of what eventually did happen, but I wish I could go back in time and tell little 23-year-old Abbie, ‘Everything will be f***ing great, and your value does not lie in the validation of a man, even if you love him.’…’Clearly I was shocked at the final result, I didn’t see a need to doubt myself because I didn’t want to ruin any remaining time with Matt second guessing myself, I don’t regret this….When I applied for The Bachelor it was honestly, for a laugh. I didn’t have any way of comprehending what I was about to go through…..’Even at the finale, after I was dumped on le rock, I thought it was the worst thing to happen to me, but now, because of my resilience, I’M FINE!!!!’ she concluded.

Speaking of exes, his ex Chelsie has found love with Ricki Dehaan:

Whilst Matt appears to still be single in 2021 his ex Chelsie is all loved-up with her new model boyfriend, Ricki Dehaan. The beautiful couple went Instagram official at Christmas 2020 with a sweet photo of them kissing in front of a festive display.

There’s a rumour that he ‘yelled’ at Chelsie McLeod before their split:

The Bachelor (Australian season 7) winner Chelsie McLeod’s split from Matt was quite the opposite of their time on-screen. Speaking to So Dramatic! podcast, a close friend of Chelsie’s spoke to host Meghan Pustetto that “the astrophysicist [Matt] was a real pr*ck to her and yelled at her, and he was mean to her.”

However, this isn’t the first time that these online alleged statements over Matt’s treatment of Chelsie went public! The two of them had just finished filming and Rachael Arahill, who had appeared on their season, shared some questionable comments on Chelsie’s Instagram after their break-up.

back in December 2019, having announced their break up neither Matt nor Chelsie shared any confirmed reason for their break-up. But two months before in October, Rachael appeared on So Dramatic! podcast to set the record about what went down with the pair – which may explain their eventual break up:

“I guess what happened was that their relationship on the show didn’t transpire into real life, ” she began.

“He broke up with her, she was like so devo for months. She was kind of like, ‘I just invested my whole year in this guy’ and she just had a shit boyfriend before [dating Matt], and she was like ‘Again? Really?’.”

“Chelsie is one of my best friends and he didn’t really treat her properly,” Rachael said. “There’s not really any tea, he just wasn’t really invested in the relationship,” adding, “he was never around,” and went travelling—without Chelsie—to Ireland after filming wrapped.

Matt Agnew is now about to debut his very own book:

Best known as the handsome “space nerd”, this astrophysicist is sticking to his roots and instead of dropping juicy details about the Bachelor, is publishing a space and science book.

In the book, dubbed Dr Matt’s Guide to Life in Space (working title), the handsome hunk will explore the search for life in the solar system and beyond. This ex Bachelor is keeping it as far as possible from The Bachelor mansion.

The ex-Bachelor took to Instagram to share his excitement, captioning the photo: “I’m absolutely thrilled to announce I have signed a publishing deal with @allenandunwin and will soon release my very first book!”

Before starting The Bachelor 2019, he said:

“Seeing my mates finding their partners, tying the knot and buzzing with laughter and love together, I realise I want that!”

Matt was then suiting up several times as a groomsman and seeing his friends walk down the aisle and hoping it might be his turn next. He joined the bachelor to look for the type of love that hits like a thunderbolt but doesn’t fizzle out.

On becoming the Bachelor, Matt once said: “I’ve got a real ‘do it once, do it right’ mentality so I’ll be making sure I throw myself into it, be vulnerable and enjoy what comes from that.

“It may be an unorthodox way to meet someone, but I think it’ll be a sensational experience and make for a cracking ‘how we met’ story!”

“Matt brings spades of old school romance back to The Bachelor. He’s a Bachelor with natural charm and intelligence but with a definite twinkle in his eye,” said Hilary Innes, Network 10 Executive Producer of The Bachelor Australia. She also said: “Matt will be a breath of fresh air to be around. He comes from such an interesting and different world but is still a humble and down to earth Aussie man who really just wants to find the love of his life.”