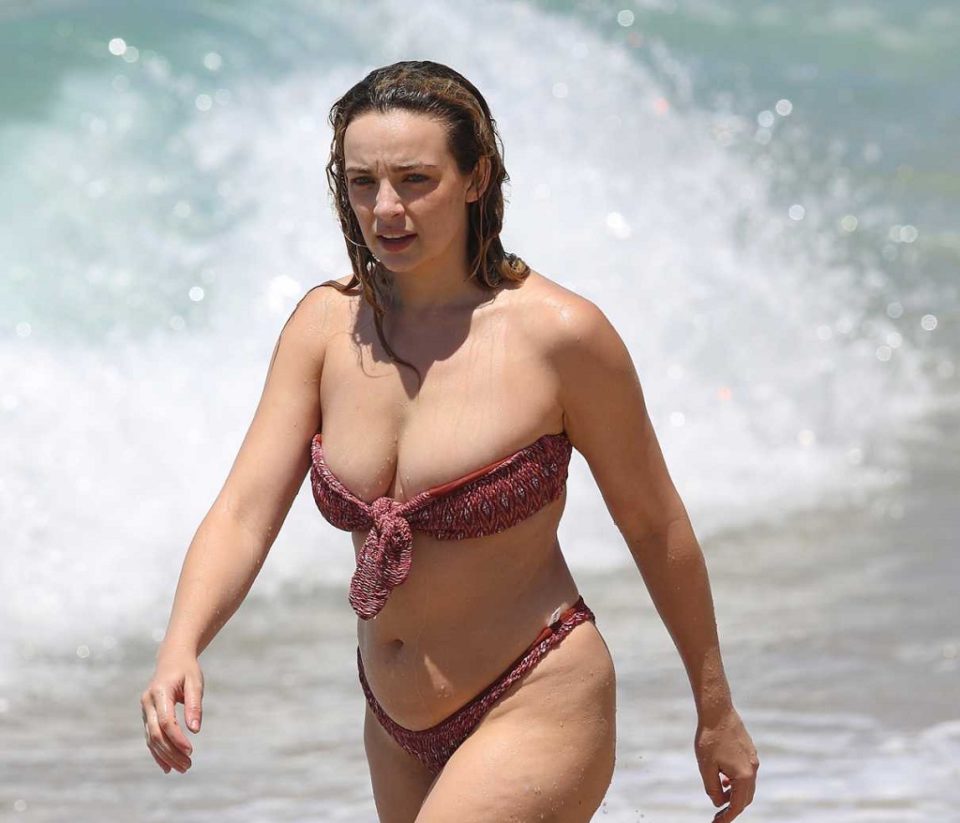 Abbie Chatfield is known (and loved on Instagram) for being vocal about taboo topics. Since her rise to fame in the 2019 season of The Bachelor, she has become a prominent voice on topics, including women’s rights, body image, and sexuality. Two years later she is now known as the former Bachelor star and current queen of the I’m A Celeb jungle! After her win, she went on to tackle one subject many people get uncomfortable discussing –or promoting.

The 25-year-old winner of I’m A Celebrity has launched her very own sex toy with matching earrings which left the fans in stitches! What can we say? She knows how to own her topics and even monetize them. Perhaps this is why she won since being tainted with the image of The Bachelor “villain”. The social media personality has done a lot to win over her fans and keep the media on her good side! Let’s look at 4 incidents that helped her get the crown!

Abbie Chatfield: 4 Jungle Incidents You Might Have Missed Out On!

It turns out the rumors that I’m a celebrity are true, and it was between Abbie Chatfield and Ash Williams. Comedian Ed Kavalee, who is a Channel 10 star, confirmed the romance when speaking about Hit Jimmy and Nath from Hobart.

The “Have You Been Paying Attention?” game show star, 41, publicly declared the news while discussing Ash’s side concert to sell foot photos online.

“He hooked up with Abbie Chatfield in the jungle. He’s the most cowardly person in Australia. He smells of the trials that follow him, ”Kavalee admitted.

Rumors of a couple hooking up to the show have been swirling online for weeks, with Abbie and Ash becoming “quite the subject – so much so that things continued [between] after the cameras stopped rolling ”, as TV Blackbox reports.

Stephen Tate, head of factual entertainment and programming for Network Ten, told news.com.au: “I can tell you there is a love story but I can’t give you more details,” but in the first episode, Abbie explained that she didn’t want to be involved in any adventures during the series.

“I will never get involved in love on TV again,” she said.

Hilariously, contestants Abbie and Ash faced an awkward encounter when they first met on the show. Ash Williams, a comedian, told Chatfield she ignored a direct message he sent her on Instagram after she had just been released from The Bachelor .

“Yeah yeah. I sent you a message some time ago, ”he says. A shocked Abbie replied, “Oh… was that something bad? I often receive photos when I receive DMs. “

2. The Bachelor Friend of Abbie Chatfield’s Got A Tattoo To Campaign for Abbie:

While I’m a celebrity… Get Me Out of Here 2021 came to an end with Abbie being crowned Queen of the Jungle, one of the reasons could be her friend’s tattoo!

One person campaigned extremely hard for her to be the queen of the jungle.

A friend of Abbie Chatfield named Jess Brody, who appeared in the same season of The Bachelor with Abbie Chatfield, went so far as to get a tattoo of “SMS ABBIE 1995 1010” on her wrist to support her friends.

Abbie posted pictures of the tattoo and Jess at the tattoo parlor on her Instagram:

“@Jessica_brody got an ABBIE 1995 1010 SMS tattoo to help @dementia_australia so if you don’t vote that means she will have a permanent reminder,” she wrote. “Don’t let this flop. Vote for Jess. For legal reasons, the last photo is a joke and I have documentation of her consent. #imacelebrityau.

3. During The Penultimate Episode of I’m a Celebrity, Abbie Was Bitten By A Snake:

Viewers were left confused and angered by the final challenge that Abbie entered. The Bachelor star was disturbed after putting her hand inside something when a snake grabbed her arm and bit her during a challenge.

A manager and Dr Chris Brown had to run around the set to help take down the snake as Abbie collapsed to the ground screaming and crying.

Remarkably, She continued with the challenge after the bite and returned her hand to the box that was filled with snakes.

In a statement to news.com.au, Abbie said, “Being so close to the finish line, not even getting hit by a snake could make me say these immortal words: I’m a celebrity… Get me out of here. ‘here! (although I knew I could anytime!). The medical team and host Dr Chris Brown immediately made me an offer to make sure everything was okay. I am very proud of myself to have overcome this ordeal and to find myself in the grand final live on Sunday.

Viewers were shocked at the footage of Abbie being bitten, with some calling for I’m a Celebrity to be banned as a result of this and other dangerous stunts that have aired this season.

4. It Was All For The Win, For The People, And For Vibrators!

Social media sensation Abbie Chatfield is riding the waves of the jungle winning glory. During her time on I’m A Celebrity, Abbie proved she’s got more guts than people have previously given her credit for – she tackled a snake attack and eventually secured her place in the finale after bravely fulfilling each tucker trial head on.

Unlike her time on The Bachelor, Abbie’s runner-up days were over as the 25-year-old was crowned Queen of the Jungle… and it was all thanks to the power of the people.

Abbie constantly speaks to people about sexism, racism, body shamers thanks to her loud and proud activism. The online and TV celebrity also has the ability to laugh at herself which saw her Instagram following soar to an amount of almost 250,000 followers to her name.

Since her win, the current Queen of the Jungle announced she’s partnered with adult brand Vush to produce her very own sex toy – a bright orange gadget that Abbie said she made “suuuuuper strong” to make up for the number of times she’s returned home from a date in need of “self-care”.

In the comments, the Queen of the Jungle replied telling fans the earrings would be released alongside her bedroom gadget.

Speaking to TV Week about her incredible victory, the 25-year-old admitted that having the public on her side during a reality show was long overdue!

“I really couldn’t believe it. Like a year ago I was the Bachelor villain, and now I’ve won the popular vote,” Abbie said welcoming all the positivity!

Clearly, the woman knows how to capture her audience – do you agree?

Samantha Armytage: 9 Racy Things About The Ex-Host You Didn’t Know!