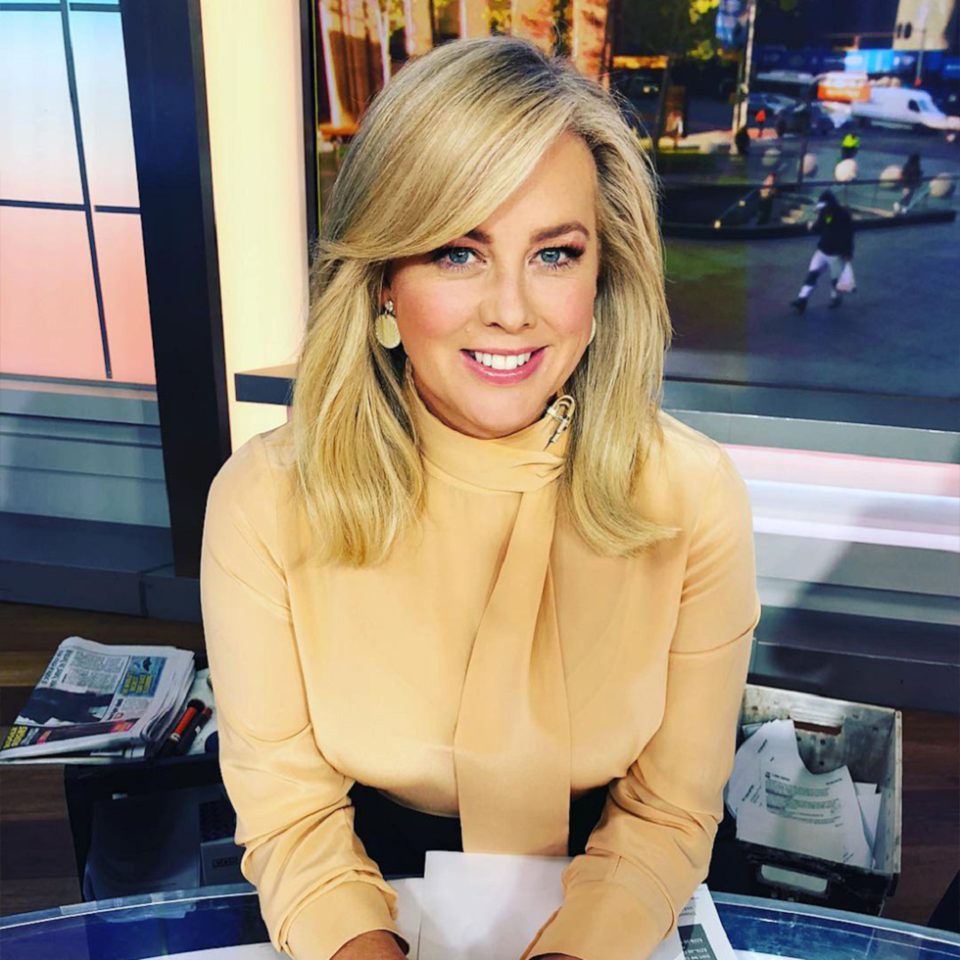 Armytage began her media career at WIN Television in Canberra in 1999, as a news reporter and presenter in Canberra.

After this, she joined Sky News Australia in 2002, where she was the main political reporter.

Armytage joined Seven Network in 2003 after being noticed by network executives while covering the 2003 Canberra fires. In December 2004, she landed her first lead introductory role, filling as a presenter on Seven News Sydney. After a no-ratings period, she had stints hosting Seven Morning News, the national late news updates, and filling in as an anchor for Seven News Sydney.

During 2005 and 2006, Armytage was a regular filler host for Chris Bath on Seven News Sydney. In October 2006, Armytage replaced Mike Amor as host of Seven 4.30 News. She had replaced Rebecca Maddern as the presenter when the network moved the production from Melbourne to Sydney. In June 2007, Armytage was named a Weekend Sunrise co-host alongside Andrew O’Keefe, replacing Lisa Wilkinson, who moved to Today on the Nine Network.

In 2011, she was a contestant on Dancing With The Stars and continued to report for Sunday Night, and was also a regular host on Sunrise, Today Tonight, and The Morning Show.

In June 2013, Armytage was announced as the replacement for Sunrise co-host Melissa Doyle.

In 2014, she hosted the makeover reality show Bringing Sexy Back, which was canceled after one season due to poor ratings.

In March 2015, Armytage was accused of racism in an on-air interview, after congratulating a woman for appearing whiter than her twin. After more than 2,000 people signed an online petition asking her to apologize, she did.

3. A Sex and The City themed skit in Sunrise with actress Kristen Davis failed on Armytage:

In February 2016, Davis had appeared on the show to discuss her work with the United Nations High Commissioner for Refugees, but later on Twitter expressed her annoyance that Sunrise focused on her role in Sex and The City. After the incident, Armytage, who was destined for MC and conducting an interview with Davis at a UN event in Sydney, was asked not to organize or attend the event.

4. Her second racist controversy hit too close to home:

In March 2018, Armytage hosted a segment in Sunrise focused on Aboriginal adoption, during which they incorrectly stated that Aboriginal children could not be raised by white people and stated that “Post-Stolen Generation, there has been a huge movement to leave Aboriginal children where they are, even if they are being neglected in their own families. ” The protests were held outside the Sunrise studio on Martin Place in response to the segment.

In September 2018, the Australian Communications and Media Authority ruled that the segment had violated the Commercial Television Industry Code of Practice as it contained inaccurate statements and “strong negative generalizations about indigenous peoples as a group”.

In June 2020, Armytage was sued for racial defamation over the segment.

5. Samantha Armytage is a descendant of pioneering British settler George Armytage, who was involved in a massacre of local Aborigines:

Samantha is a direct descendant of George Armytage, a pioneering British settler in Australia. He received significant land grants in Baghdad in Tasmania, and later obtained larger areas in western Victoria as pastoral squatters.

As a result of much of this land being forcibly taken over from the Aborigines by the army armies and their colonial property managers, they were involved in various instances of border conflict. For example, when he seized an area near Geelong in 1836, Wathaurung shot and killed Charles Franks (a trading partner of the armies). A subsequent punitive expedition against the local aborigines apparently served as “a warning to the natives that in the future they will not commit senseless excesses” against the British occupiers.

The advantages of obtaining vast areas of land practically for free were soon realized and the Armytages became extremely wealthy, owning famous mansions such as The Hermitage in Geelong and Como House in Toorak. They expanded their business to properties in New South Wales and Queensland, as well as the lucrative frozen meat industry.

The Armytage retained their pastoral heritage of late, with Samantha Armytage’s father serving as property manager near Adaminaby.

6. Speaking of ancestry, who are her parents?

Samantha Armytage was born to Mac and Elizabeth Armytage. She grew up in Bolaro Station, a sheep farm near Adaminaby in New South Wales, where her father was the station manager. She has a younger brother, Charlie and she attended boarding school at Kincoppal-Rose Bay in Sydney starting in the ninth year and later studied at Charles Sturt University.

Her mother died last year and Samantha Armytage revealed that she hates when strangers offer their condolences following the death of her mother Libby last November:

The 44-year-old former Sunrise host spoke about dealing with grief while interviewing Denise and Bruce Morcombe, the parents of slain schoolboy Daniel Morcombe, about their Something To Talk About with the Samantha Armytage podcast.

“When they recognize you, everything takes a different direction. I lost my mom in November, and at the gas station people come up to you when you’re putting fuel in your car and say ‘I’m so sorry about your mom,’ ‘Samantha said.

You’re thinking ‘Thank you’, of course it’s lovely, but you’re not in that area and suddenly you run out of fuel and they take you there.

“I am not comparing what I have been through with you at all, but when you are recognized and people have good intentions … it shakes you out of your day to day,” she explained.

Her co-host agreed and said: ‘They really don’t know how I feel. It’s hard. But we have to smile. ‘

In June 2020, Armytage announced her engagement to her partner, Richard Lavender.  The two were married in a private ceremony in the Southern Highlands on December 31, 2020. On that day, Armytage officially became a stepmother to Lavender’s two daughters from her previous marriage.

On March 8, 2021, Armytage announced her resignation from Sunrise, to spend more time with her family. Her last show was on March 11, 2021.

“As many of you know, in my personal life the last six months have been very bittersweet, some happy moments, and I want to get out of this and calm things down, take some time, enjoy a little slow life with my precious family and husband, ”she said.

“I leave this job at a time above qualifications, which not many people fail to do.

“Now is the time to dedicate a little and only after I feel refreshed, and after taking a break, will I decide my next chapter.”

In collaboration with Stellar, Armytage launched her own podcast called Something to Talk About with Samantha Armytage on February 28, 2021.

9. Finally, she made this fun confession about her first day as a Sunrise co-host:

When the star joined Dawn in 2013, after spending seven years as a co-host for the weekend edition of the show, she had a huge goodbye party just before her first day.

“I have a confession to make … I wasn’t drunk, but I was hungover,” she explained how her Weekend Dawn colleagues “said goodbye to me in Bondi” on the day before her move to the weekdays and that “our boss cheated on her.”

“I don’t look like it though, do I? I can’t take a hangover like that these days, ”she joked.

Saying what we were all thinking, Armytage admitted that even though her head hurt, she still “looked fresh.”

“Look, you haven’t known that in eight years!”

Top 5 Sexual Fantasies for Guys And How to Explore Them