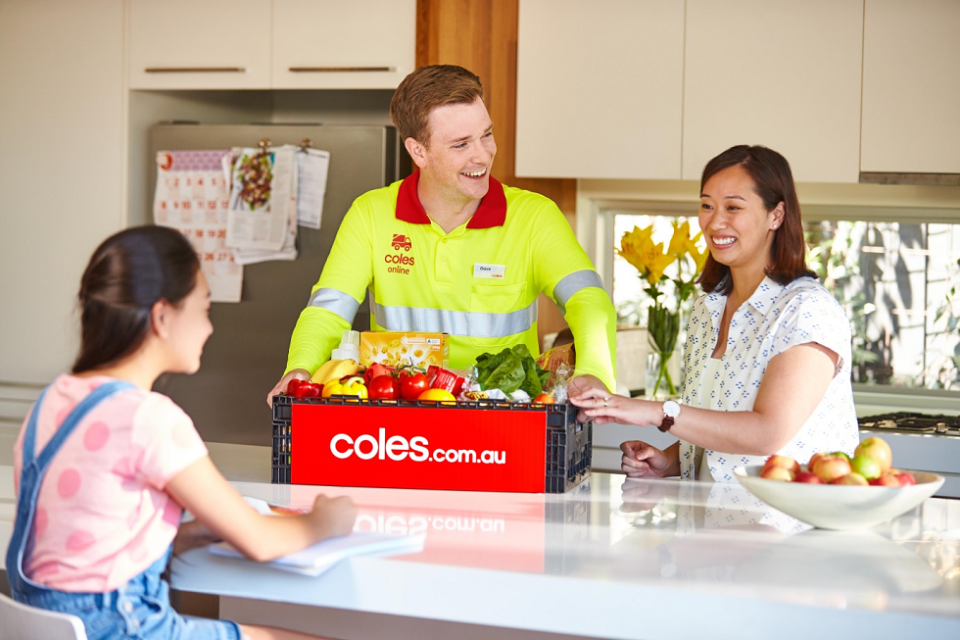 Coles Online is the e-retail arm of the famous Australian supermarket chain, Coles Supermarkets. Even though it’s an e-store, it does provide a wide selection of food items that can be purchased online for home delivery or pickup from the designated “Click and Collect” areas. Over 85% of Australia’s population can shop from Coles Online. Let’s find out more.

Coles Online: All You Need to Know

When did Coles Online start operation?

Coles Online started accepting orders for the first time in 1999. The initial delivery zones were restricted to specific areas of Sydney and Melbourne. However, the business model was unprofitable at the start, registering a loss of 5.6% during the financial year 1999-2000.

How did Coles Online reverse its losses?

In order to increase their market share and become profitable, Coles Online acquired Sydney based grocery e-tailer Shopfast in 2003. While Shopfast might have been the largest online grocery store in Australia at that time, it was also unprofitable.

What was Coles Online’s operation model at that time?

In the initial days, all of Coles Online’s orders were fulfilled by warehouses. In 2007, Coles Online hired some UK executives and that influenced the firm to migrate towards a store-based fulfilment model.

In order to help strengthen the new picking process, Coles Online launched a new website in July 2008. The website’s goal was to make Internet shopping faster and easier for customers. On top of that, many new features were also added to the website.

Armed with a shiny new website and a more efficient fulfillment model, Coles Online started expanding aggressively. For the first time since its inception in 1999, Coles Online started servicing areas beyond Sydney and Melbourne. Newcastle and Canberra, as well as Brisbane and The Gold Coast, with the Sunshine Coast were added to the serviceable zones in February 2009. By the end of the year, the province of Queensland became the largest market for Coles Online, overtaking the Victoria and New South Wales regions that were leading for 10 years.

Coles Online relaunched its website with new features in 2013. This upgrade led to vastly improved site functionality and showcased brand new features like comparison. The upgrade also made the checkout process smoother. Product filtering based on attributes was introduced soon and SKUvantage was used to enhance product info. To improve their deliveries, Coles Online partnered with Uber in 2017.

When was Coles Supermarket established?

Coles Supermarket was established in 1914 in the Collingwood area of Melbourne by George Coles. Over the years, the Supermarket has grown into a chain that operates 809 supermarkets across Australia, including several now BI-LO supermarkets. Coles has more than 100,000 employees and together with its rival Woolworths, represents more than 80% of the Australian market.

George James (GJ) Coles learned retail by working for his father’s ‘Coles Stores’ business from 1910 to 1913. The store continued to operate as ‘The Original Coles’ in Wilmot, Tasmania. It wasn’t until 2014 that the store stopped operating due to a fire. Coles was founded when GJ Coles opened the ‘Cabbage Variety Store’ on April 9, 1914, on Smith Street in the Melbourne suburb. Further expansion ensued, and Coles’ interest in food retailing was stimulated in 1958. In that year, 54 John Connell Dickins grocery stores were acquired. It then acquired the Beilby’s chain in South Australia in 1959. In addition to 265 Matthews Thompson grocery stores in New South Wales in 1960.

In 1960, the first supermarket (listed under the Dickins name) was opened in the Melbourne suburb of Balwyn North. By 1973, Coles had established stores in all Australian capitals. Since 1962, their supermarkets have been called Coles New World. In 1991 the stores were renamed Supermercados Coles and since 1998, simply as Coles.

In 2004, the office of the liquor division (‘Coles Liquor Group’) was relocated from Chullora, Sydney, to the company’s headquarters in Hawthorn East, Melbourne. With Coles Myer CEO John Fletcher citing the move for better efficiency between food and spirits departments. It also turned out that Craig Watkins (35-year veteran and director of Coles Liquor) retired from the company.

Newmart stores located along with Coles in the same area or mall were sold to Foodland and branded as the now-defunct Action Supermarket chain. The conversion program was discontinued at Easter 2007. On July 2, 2007, Western Australia-based Wesfarmers agreed to purchase Coles Group Limited for $ 22 billion. The purchase was completed in early 2008.

It was in August 2007 that Wesfarmers foreshadowed his plans for the restructuring of the Coles Group. After its anticipated acquisition, it stated that one of the three planned divisions would include supermarkets, liquor stores and convenience stores.

In February 2011, Coles acquired a 50% interest in National Australia Bank giving it 100% ownership. In September 2011, Coles began stocking private label clothing in its stores with several stores receiving refurbishments to accommodate the range. One of Coles Supermarkets’ most important arms today is Coles Online. During the COVID-19 pandemic in Australia, Coles Online started offering priority deliveries to the elderly and vulnerable citizens of Australia.